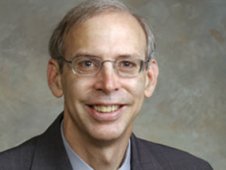 A native of Delaware, Ohio, Blakeslee earned his bachelor's degree in physics from Miami-Ohio University in Oxford, Ohio, in 1974. He earned a master's degree and doctorate in atmospheric physics from the University of Arizona in Tucson in 1976 and 1984, respectively. He joined NASA in 1986. Currently, he holds one patent and is the author or co-author of over 40 research publications.

Dr. Monte Bateman
Dr. Monte Bateman is a senior scientist with Universities Space Research Association in Huntsville. His research centers around gaining a better understanding of the physics of lightning. He studies lightning in many types of storms, from small thunderstorms to hurricanes. In order to better understand lightning in the context of the storm in which it occurs, he uses data from many types of instruments. He has designed and built several new sensors and systems to measure lightning and charge in thunderstorms.

Dr. Bateman, originally from Yukon, Okla., earned his Ph.D. in Physics from the University of Oklahoma. His graduate work focused on better understanding how thunderstorms become charged, using instrumented balloons at the National Severe Storms Lab in Norman, Okla. He spent five years at Langmuir Lab, in Socorro, N.M., studying mountain thunderstorms. He has been a member of NASA's Marshall Center lightning group for 14 years. He has worked on: lightning-related launch issues for Kennedy Space Center, Fla., studying the lightning in and current flow from hurricanes, basic research, trying to better understand the physics of lightning, speaking to many groups about lightning protection and lightning safety, and helping to develop tools for the next-generation satellite-based GOES Lightning Mapper. Kim Newton, 256-544-0371
Marshall Space Flight Center, Huntsville, Ala.
Kimberly.D.Newston@nasa.gov
› Back To Top