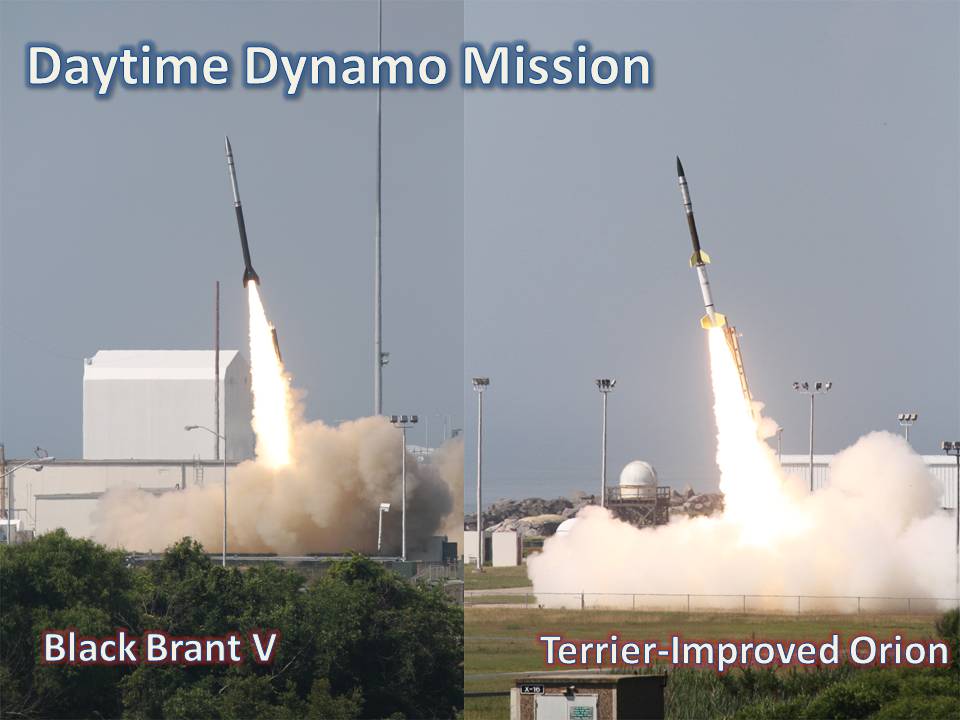 A second pair of Black Brant V/Terrier-Improved Orion rockets will be launched no earlier than Tuesday, July 12, as part of the series to study the ionosphere. The launch window will be 9:30 a.m. to 1 p.m. The backup days will be July 13 through 23.

For more information on these missions, please visit the following website: http://www.nasa.gov/mission_pages/sunearth/news/rockets-atmosphere.html

The rockets will be visible in the Wallops area.

The NASA Visitor Center will open at 8:30 a.m. on launch day for viewing the launch.

The launch will be webcast beginning at 8:30 a.m. on launch day at: http://sites.wff.nasa.gov/webcast

Launch status can be followed on Twitter at: http://www.Twitter.com/NASA_Wallops