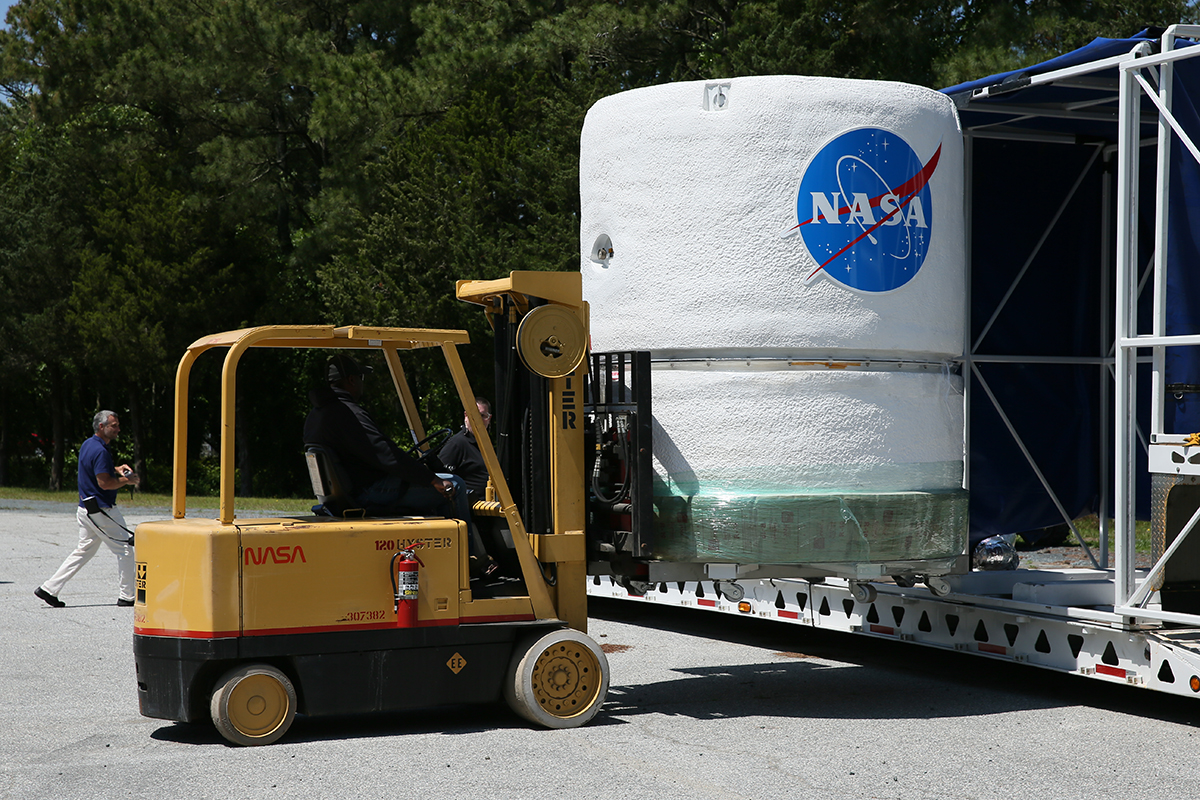 The NASA Lunar Atmosphere and Dust Environment Explorer (LADEE) arrived today at NASA’s Wallops Flight Facility to begin final processing for its trip to the moon later this year. LADEE is a robotic mission that will orbit the moon to gather detailed information about the lunar atmosphere, conditions near the surface and environmental influences on lunar dust. A thorough understanding of these characteristics will address long-standing unknowns, and help scientists understand other planetary bodies as well. LADEE has three science instruments and one technology demonstration onboard.

For more information about the LADEE Mission, visit:http://www.nasa.gov/LADEE