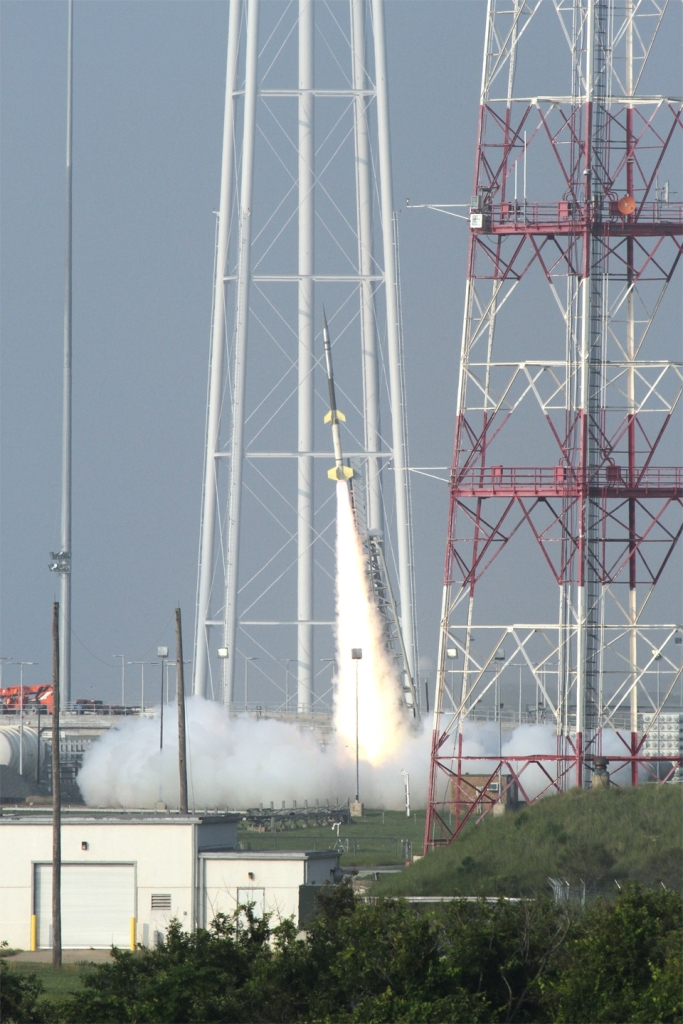 View Larger Image The launch of a NASA Terrier-Improved Orion suborbital rocket was successfully conducted at 7:58 a.m. EDT today from NASA’s Wallops Flight Facility in Virginia. The launch was carrying experiments developed by undergraduate students at four universities. The mission also included a test of a new recovery system.

The payload was recovered.

This was the last launch scheduled from Wallops Island during the summer. The next launch, a flight test of a Terrier-Improved Malemute suborbital rocket, is currently scheduled for no earlier than September.
› Back To Top