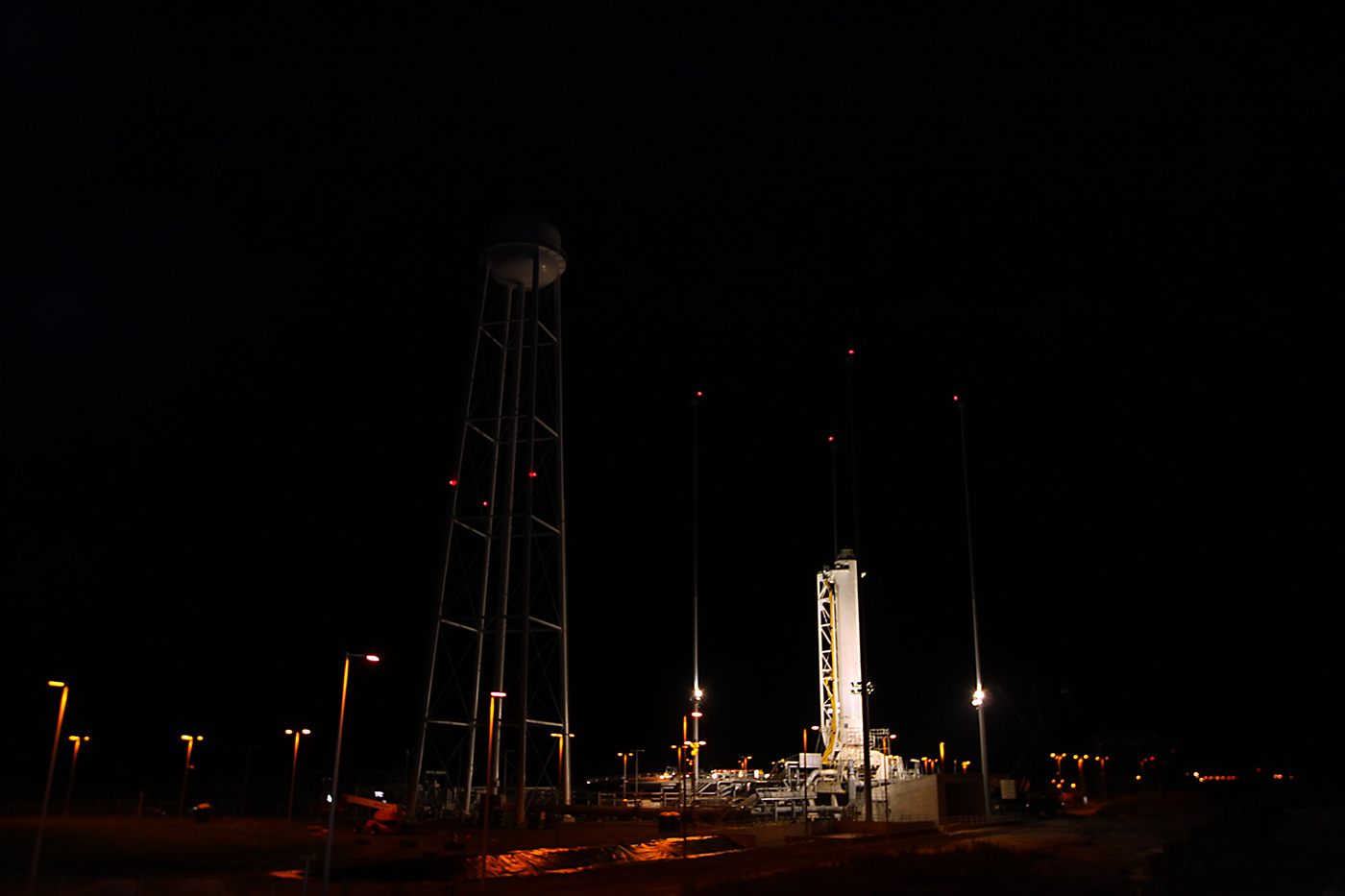 The test will fire the Antares' dual AJ26 rocket engines, which will generate a combined total thrust of 680,000 lbs., for about 30 seconds while the first stage of the test rocket will be held down on the pad. The hot fire will demonstrate the readiness of the rocket's first stage and launch pad fueling systems to support upcoming flights.

The test will be visible and audible in the Wallops Island local area. Given the broad window and non-operational nature of the test, no live webcast or formal public viewing is planned. NASA's Wallops Flight Facility will provide range support for the hot fire, including communications, data collection, range safety and area clearance.

The test is a key milestone leading up to the first flight of the Antares rocket, which is preliminary scheduled for about four to six weeks following the completion of the engine test.

Orbital is building and testing its new rocket and Cygnus cargo spacecraft under NASA's Commercial Orbital Transportation Services (COTS) program. NASA initiatives like COTS are helping develop a robust U.S. commercial space transportation industry with the goal of achieving safe, reliable and cost-effective transportation to and from the International Space Station and low-Earth orbit.

A demonstration flight of Antares and Cygnus to the space station is planned for later this year. Following the successful completion of the COTS demonstration mission to the station, Orbital will begin regular cargo resupply flights to the orbiting laboratory through NASA's Commercial Resupply Services contract.

The launch pad is the first of its kind constructed in the United States in decades. Preparations at the pad for the hot fire test were enabled through partnership between the Spaceport, Orbital and NASA, including representatives from Wallops; NASA's Stennis Space Center in Bay St. Louis, Miss.; NASA's Kennedy Space Center in Florida; NASA's Marshall Space Flight Center in Hunstville, Ala.; and NASA's Johnson Space Center in Houston.

For more information about Orbital Sciences Corp. and the Antares rocket, visit: http://www.orbital.com/SpaceLaunch/Antares/