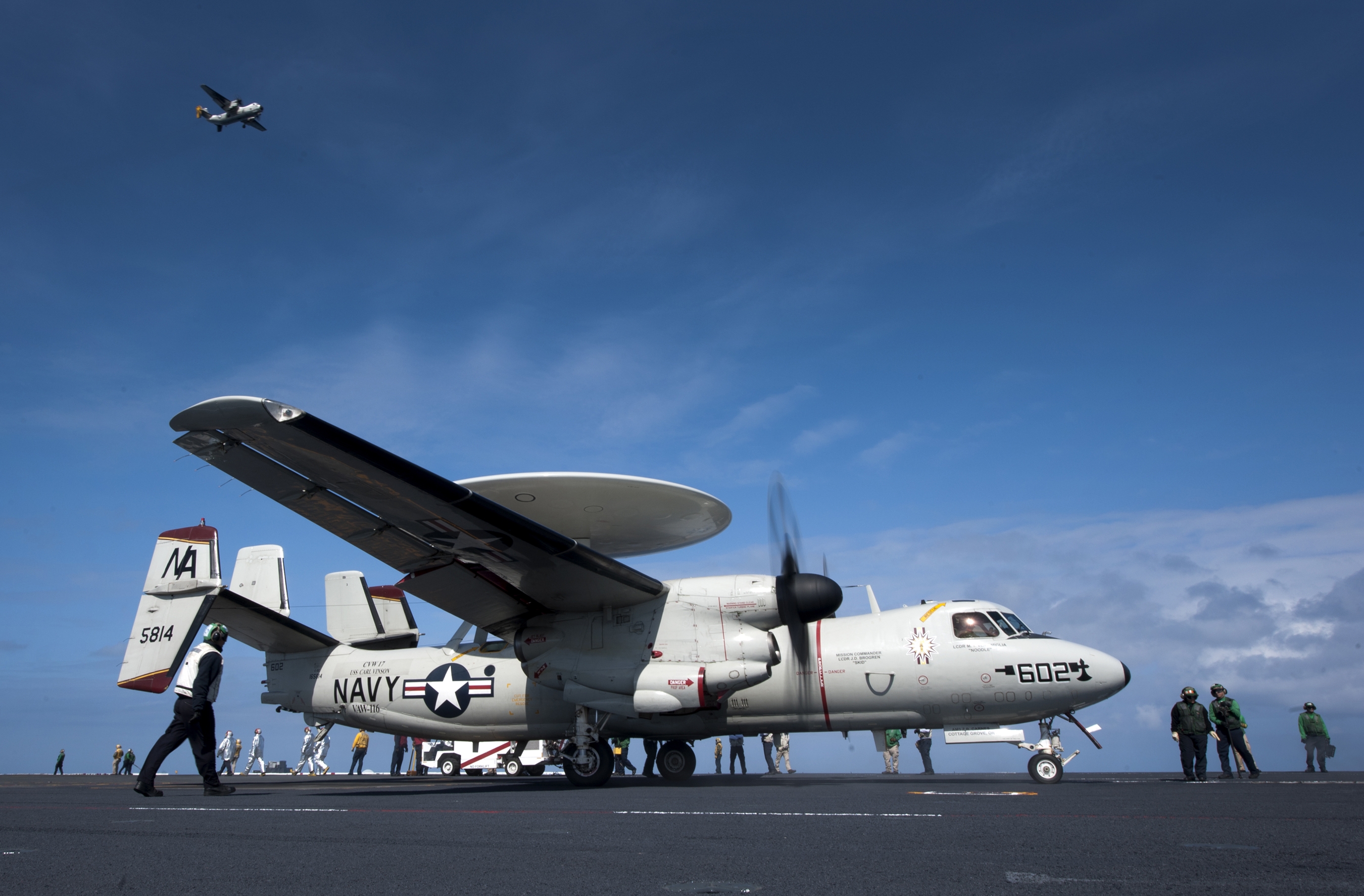 WALLOPS ISLAND, VA -- NASA and the U.S. Navy have signed an agreement to conduct Field Carrier Landing Practice (FCLP) operations at the Wallops Flight Facility on the Eastern Shore of Virginia.

Under the agreement the Navy will use the airfield at Wallops to conduct (FCLP) for E-2 Hawkeye and C-2 Greyhound aircrews. The E-2 and C-2 are twin-engine, turboprop aircraft, and are much quieter than jet aircraft. Flight activity may begin as early as this summer.

Bill Wrobel, director of Wallops, said, “We believe this partnership between NASA and the Navy provides the best services for the lowest cost to the American taxpayer. We are steadfast in our commitment to serving as good stewards of taxpayer dollars.”

“In addition, this Navy aircraft activity will help NASA maintain the airfield to support the agency’s missions and also provide an economic benefit to the local area,” he said.

Joseph Murphy, Deputy Chief of Staff for Fleet Installations and Environmental Readiness at the Navy’s U.S. Fleet Forces Command, said the use of Wallops will provide relief for the Navy’s capacity issues at Navy Auxiliary Landing Field (NALF) Fentress, in Chesapeake, Va.

“Completion of this initiative provides us with the ability to relieve periodic FCLP capacity issues currently experienced at NALF Fentress without the costs and environmental impacts associated with runway construction or private property acquisition incurred with development of a new airfield, and without the requirement to conduct training at FCLP airfields outside of the Commonwealth,” he said. “The successful completion of this initiative also supports the continued viability of Naval Aviation in the region."

Up to twenty thousand aircraft passes would be conducted in one to two week training periods over the course of a year, for a maximum of 23 to 28 weeks of FCLP training. During approximately 10 to 15 of these weeks, nearly 120 Navy personnel could be residing in the local area to support the mission.

Due to its significant use of the NASA airfield, the Navy is contributing $1.9 million annually to assist with repair and upgrade of the airfield. In addition, the Navy will reimburse NASA for support services used during training.

To prepare for the aircraft operations, the Navy will begin making improvements to the NASA Wallops airfield in the next few weeks. These improvements include construction of concrete pads and required utilities to support a portable Landing Signal Officer Workstation and Visual Landing Aids, and the installation of airfield lighting to simulate the deck configuration aboard a Navy aircraft carrier.

In January, the Navy issued a Finding of No Significant Impact after evaluating the potential environmental effects that could result from the Navy’s proposal to conduct FCLP and to make airfield improvements.