Grow Text SizeShrink Text Size
High-Altitude Suborbital Rocket Launch Delayed
Due to technical payload issues, the launch scheduled for September 6 has been delayed. A new date has not yet been determined. During further testing, a problem was discovered in the payload that would have interfered with transmission of data during flight.

WALLOPS ISLAND, VA – NASA will conduct a test flight of a Talos-Terrier-Oriole suborbital sounding rocket between 7 and 10 a.m., September 5, from the agency’s launch range at the Wallops Flight Facility in Virginia.

This will be the first flight of this launch vehicle which is being developed, using motors that currently exist in the sounding rocket fleet, to support high altitude space science research. The backup launch day is September 6.

Chuck Brodell, project manager with the Wallops sounding rocket programs office, said, “One of the main objectives of this mission is to develop alternative high altitude vehicle three and four stage configurations that will augment the current NASA stable of suborbital research vehicles. In addition we will test several new hardware developments as well as flight support systems.”

The 3-stage, 65-foot tall vehicle is projected to lift its 1,664 pound payload to approximately 176 miles above the Earth. After a 10 minute flight, the payload is expected land in the Atlantic Ocean about 300 miles off the Wallops Island coast. The payload will not be recovered. 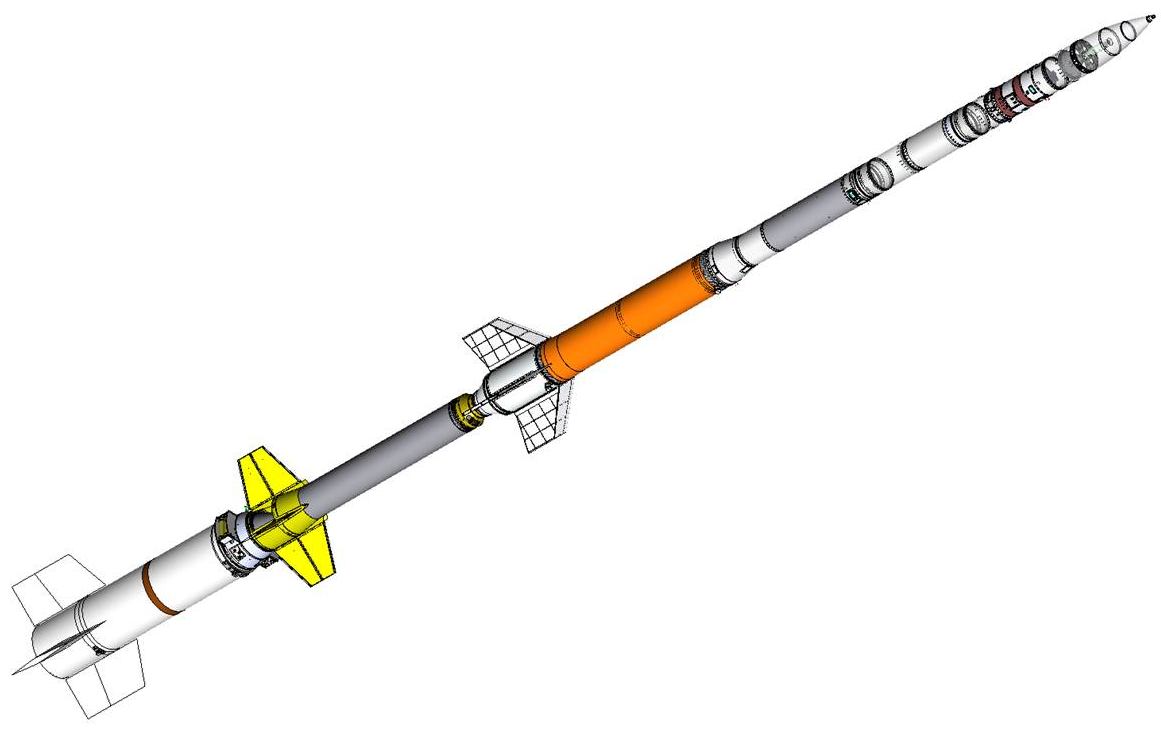 The NASA Visitor Center at the Wallops Flight Facility will open at 6 a.m. on launch day for public viewing.

The mission will be available live on Ustream beginning at 6 a.m. on launch day at: http://www.ustream.com/channel/nasa-wallops

Mission status on launch day also can be followed on Twitter and Facebook at: http://www.twitter.com/NASA_Wallops and http://www.facebook.com/NASAWFF

Launch KML file for Google Earth
› Back To Top