RELEASE : 10-140 University Students And Professors "Rock On" With NASA 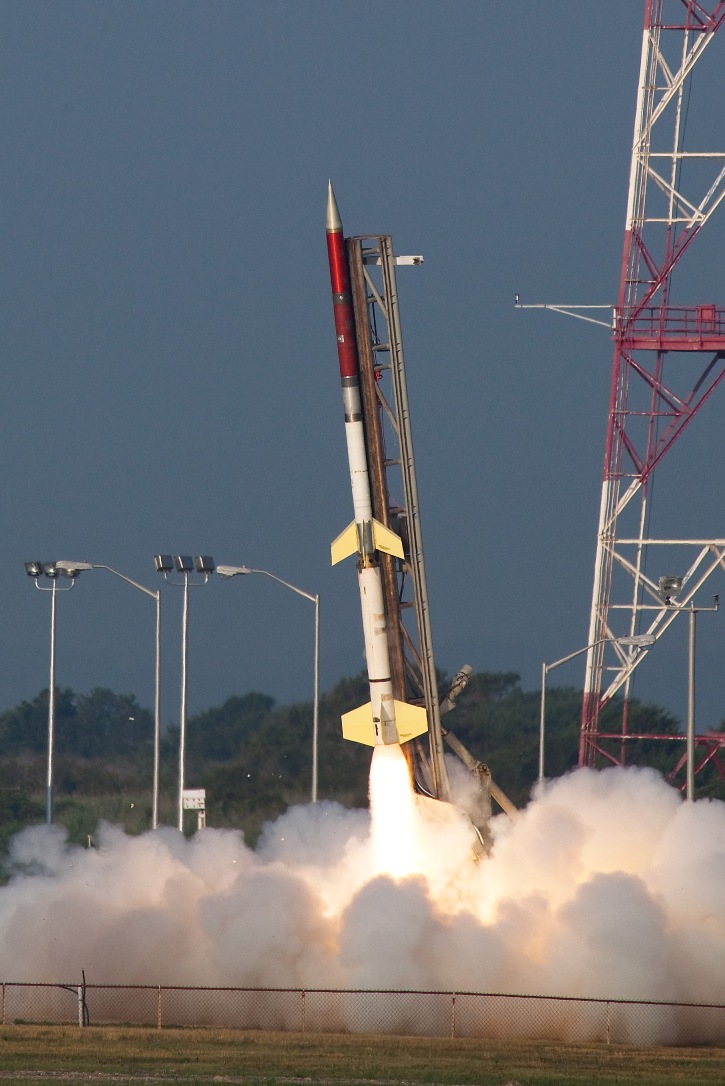 University students and professors from across the country and Puerto Rico will converged NASA's Wallops Flight Facility in Virginia this month to learn how to build small experiments that can be launched on sounding rockets. This is part of a week-long workshop, known as RockOn!, that began June 19.

The 80 workshop participants built standardized experiments that will flew on a NASA Terrier-Orion suborbital sounding rocket  launched on June 24, 2010 .  After launch and payload recovery, the participants conducted preliminary data analysis and discuss their results.

In addition to the seven workshop-built experiments, 11 custom-built, self-contained experiments also flew on the rocket inside a payload canister known as RockSat. The latter experiments were developed at 10 universities that previously had participated in a RockOn! workshop.

The workshop is funded by NASA's National Space Grant College and Fellowship Program in partnership with the Colorado and Virginia Space Grant Consortia. This will be the third year for the workshop.

The Space Grant national network includes more than 850 affiliates from universities, colleges, industry, science centers, and state and local agencies. The goal is to support and enhance science and engineering education, and research and public outreach efforts for NASA's aeronautics and space projects. These affiliates belong to one of 52 consortia in all 50 states, the District of Columbia and Puerto Rico.

For more information on RockOn! and RockSat, visit:


NASA's Sounding Rocket Program Office is providing the rocket for the workshop. For more information about the office, visit: