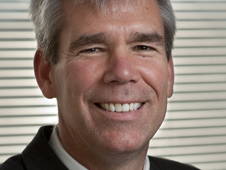 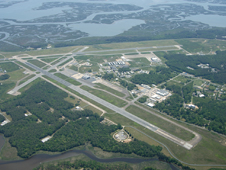 Wrobel, the assistant associate administrator for launch services at NASA Headquarters, will continue in that capacity until several near-term activities are completed and an effective transfer to an acting assistant associate administrator can be accomplished. In this role, he is responsible for the administration, management and direction of the acquisition and certification of expendable launch vehicles within the agency. In addition, he manages the overall policy definition, strategic planning, direction and administration of the Rocket Propulsion Test Program.

"Bill is a natural fit as Wallop's director," Bolden said. "His background, experience and knowledge about NASA's various suborbital and orbital programs will benefit the agency and our many research partners who count on Wallops for support."

Wrobel earned his bachelor's degree in aeronautics and astronautics from the Ohio State University in 1982, and went to work for McDonnell Douglas on the Delta Launch Vehicle Program. While at McDonnell Douglas, he worked in a variety of spacecraft programs before joining Orbital Sciences Corporation in 1990.

In 1999, he was named the program director for Orbital's Taurus Launch Vehicle Program. He also supported the company's Advanced Programs Group, providing satellite development support for Department of Defense customers.

Wrobel joined NASA in August 2006. He replaces John Campbell, who retired on Dec. 31, 2009. Campbell had been the Wallops director since January 2002.
› Back To Top