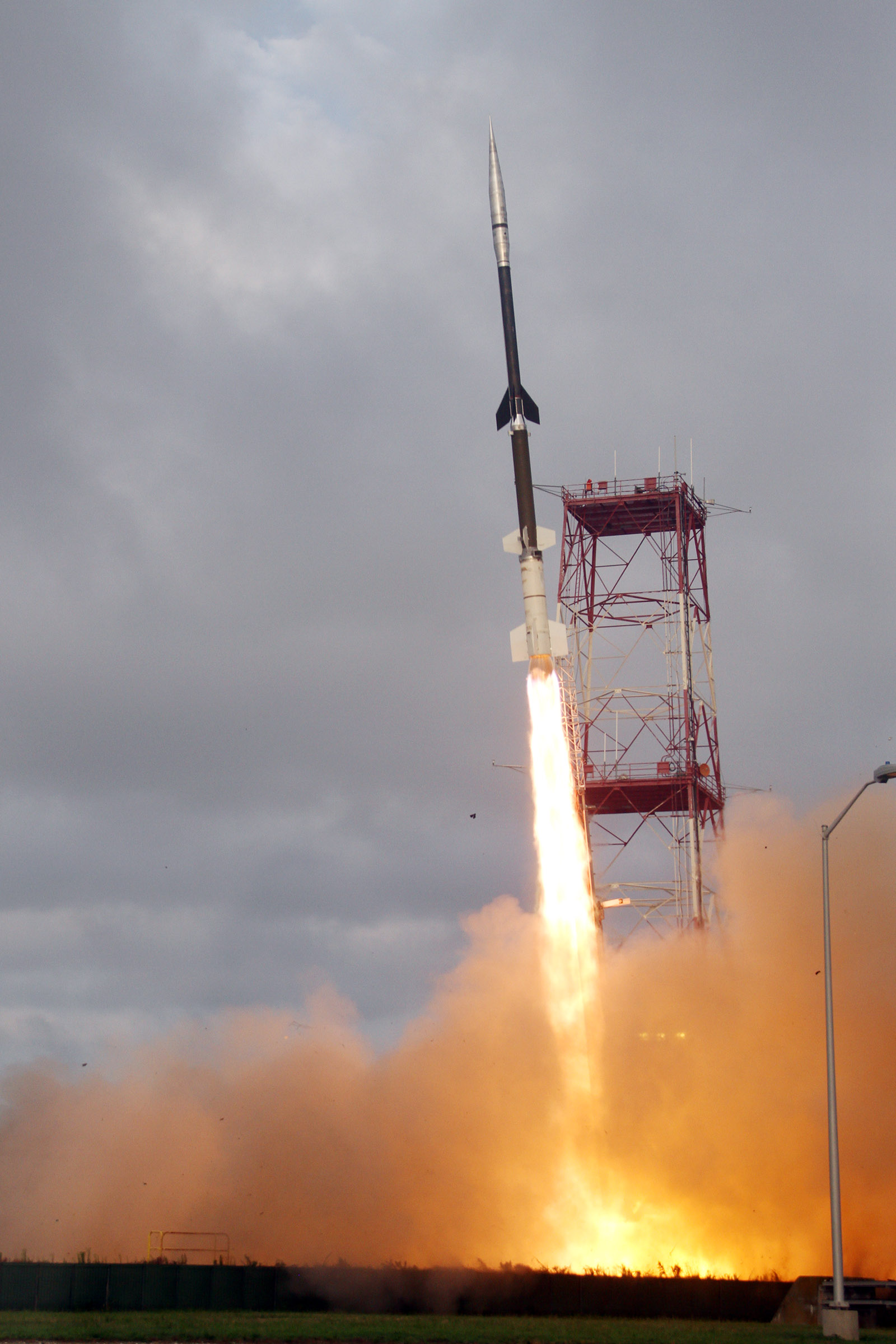 WALLOPS ISLAND, Va. -- A large inflatable heat shield developed by NASA's Space Technology Program has successfully survived a trip through Earth's atmosphere while travelling at hypersonic speeds up to 7,600 mph.

The Inflatable Reentry Vehicle Experiment (IRVE-3) was launched by sounding rocket at 7:01 a.m. Monday from NASA's Wallops Flight Facility on Wallops Island, Va. The purpose of the IRVE-3 test was to show that a space capsule can use an inflatable outer shell to slow and protect itself as it enters an atmosphere at hypersonic speed during planetary entry and descent, or as it returns to Earth with cargo from the International Space Station.

"It's great to see the initial results indicate we had a successful test of the hypersonic inflatable aerodynamic decelerator," said James Reuther, deputy director of NASA's Space Technology Program. "This demonstration flight goes a long way toward showing the value of these technologies to serve as atmospheric entry heat shields for future space."

IRVE-3, a cone of uninflated high-tech rings covered by a thermal blanket of layers of heat resistant materials, launched from a three-stage Black Brant rocket for its suborbital flight. About 6 minutes into the flight, as planned, the 680-pound inflatable aeroshell, or heat shield, and its payload separated from the launch vehicle's 22-inch-diameter nose cone about 280 miles over the Atlantic Ocean.

An inflation system pumped nitrogen into the IRVE-3 aeroshell until it expanded to a mushroom shape almost 10 feet in diameter. Then the aeroshell plummeted at hypersonic speeds through Earth's atmosphere. Engineers in the Wallops control room watched as four onboard cameras confirmed the inflatable shield held its shape despite the force and high heat of reentry. Onboard instruments provided temperature and pressure data. Researchers will study that information to help develop future inflatable heat shield designs.

After its flight, IRVE-3 fell into the Atlantic Ocean off the coast of North Carolina. From launch to splashdown, the flight lasted about 20 minutes. A high-speed U.S. Navy Stiletto boat is in the area with a crew that will attempt to retrieve IRVE-3. The Stiletto is a maritime demonstration craft operated by the Naval Surface Warfare Center Carderock, Combatant Craft Division, and is based at Joint Expeditionary Base Little Creek-Ft Story, Va. 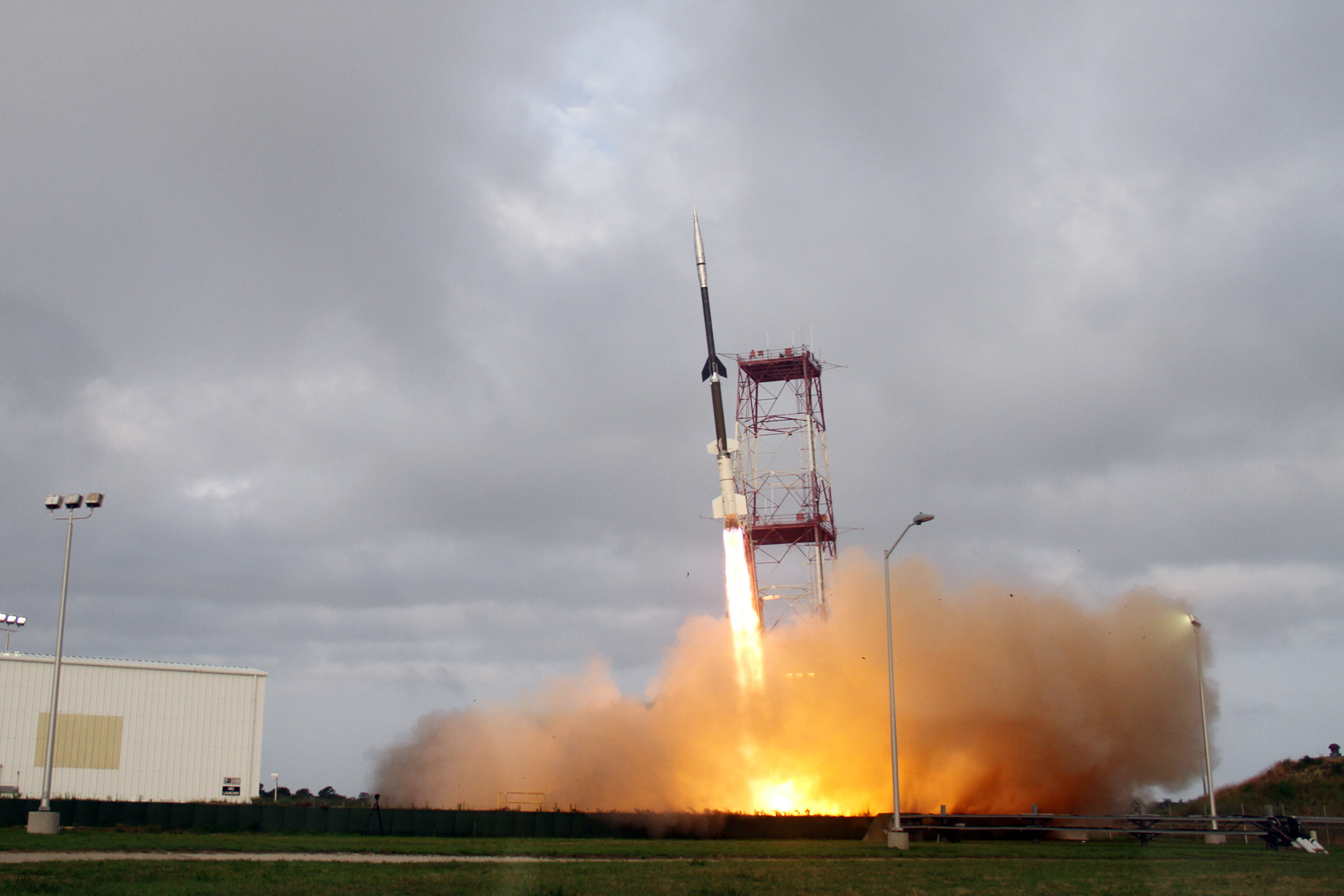 "A team of NASA engineers and technicians spent the last three years preparing for the IRVE-3 flight," said Lesa Roe, director of NASA's Langley Research Center in Hampton, Va. "We are pushing the boundaries with this flight. We look forward to future test launches of even bigger inflatable aeroshells."

This test was a follow-on to the successful IRVE-2, which showed an inflatable heat shield could survive intact after coming through Earth's atmosphere. IRVE-3 was the same size as IRVE-2, but had a heavier payload and was subjected to a much higher re-entry heat, more like what a heat shield might encounter in space.

For more information about IRVE-3 and the HIAD Project, go to:

For more information about NASA and agency programs, visit: