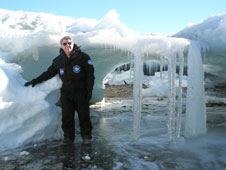 HUNTSVILLE, Ala. -- Richard B. Hoover, Astrobiology Group Leader at NASA's Marshall Space Flight Center in Huntsville, Ala., is the 2009 recipient of the Gold Medal of SPIE, the Society of Photo-Optical Instrumentation Engineers.

Hoover, a Marshall employee since 1966, was awarded the honor in recognition of his work in X-ray and extreme ultraviolet, or EUV, optics, ranging from microscopes to telescopes. His famous, full-disk images of the sun in the X-ray and EUV wavelengths are among his many innovative advances for that field. In addition, his interest in the origins of life has led to a long chairmanship of the cross-disciplinary "Instruments, Methods and Missions for Astrobiology" conference, an annual three-day conclave of leading astrobiologists and researchers from around the world.

Hoover has collected meteorites and microbial extremophiles from Antarctica; novel bacteria from the glaciers and permafrost of Antarctica, Patagonia, Siberia and Alaska, and from haloalkaline lakes, geysers and volcanoes of California, Alaska, Crete and Hawaii. He has discovered three new species of bacteria from Mono Lake in California -- Spirochaeta americana, Desulfonatronum thiodismutans and Tindallia californiensis -- and another, Carnobacterium pleistocenium, which survived for 32,000 years in a frozen Alaskan pond. 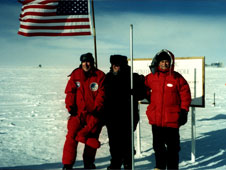 The award also reflects Hoover’s dedication and service to the optics field and to SPIE. An SPIE Fellow, Hoover is a past president of the Society and has served on numerous SPIE committees. He holds 11 U.S. patents and in 1992 was named NASA’s Inventor of the Year. He served on editorial boards of several scientific journals and the boards of directors of the American Association of Engineering Societies, and the Council of Scientific Society Presidents. He is the author or editor of 33 books and some 250 papers on astrobiology, extremophiles, diatoms, solar physics, X-ray/EUV optics and meteorites. He co-directed the NATO Advanced Study Institute on Astrobiology in Crete, for which he published the book "Perspectives in Astrobiology" in 2005.

"Hoover’s love of diatoms has driven his career into an area that normally you would not expect -- constantly asking the question, where did life come from?"said Judy Fennelly, chair of the SPIE awards committee and a research engineer at the U.S. Air Force Research Lab, N.M.

Hoover’s Gold Medal was presented at a ceremony at the SPIE Optics & Photonics Symposium in San Diego, Calif., on Aug. 5. 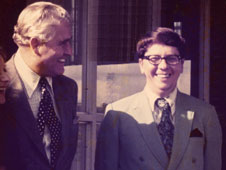 SPIE is the international society for optics and photonics, founded in 1955 to advance light-based technologies. The Gold Medal of the Society is the highest honor the Society bestows.