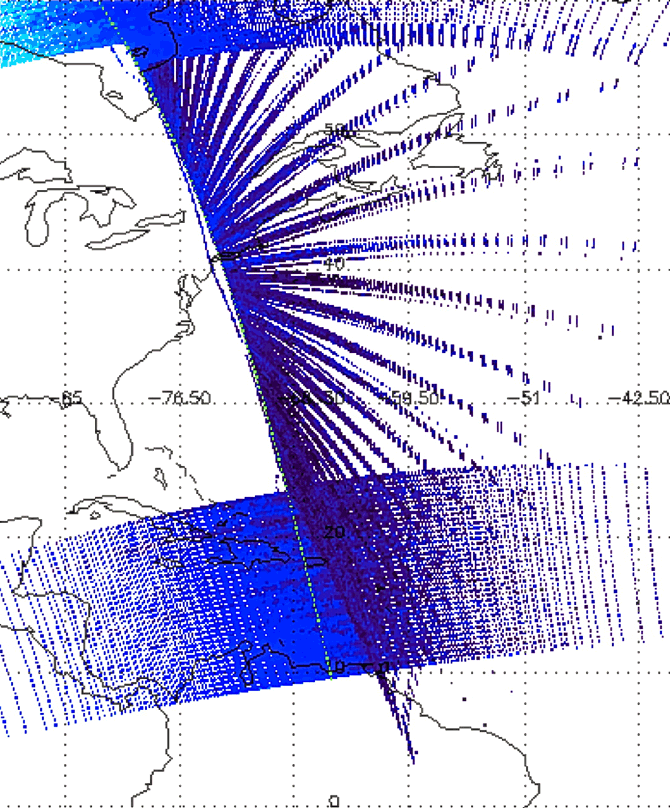 This image is from the first test scans of Langley's Clouds and Earth's Radiant Energy System (CERES) instrument aboard a NASA Earth-observing satellite launched Oct. 28 this year from Vandenberg Air Force Base in California.

The CERES instrument targeted the Baltimore-Washington area as the satellite it is aboard passed over the region in the course of its polar orbit.

The scans are to make sure planning tools and orbital predictions are accurate. The scans are used for field missions and for ground truth validation purposes.

The CERES engineering checkouts are leading up to "first light" Dec. 11, when the instrument's covers will be opened and it will begin taking Earth-viewing data for the first time.

CERES is the latest version of the instrument, which has studied Earth's climate for nearly 30 years, focusing on the heat the planet emits and the role of clouds in that process.