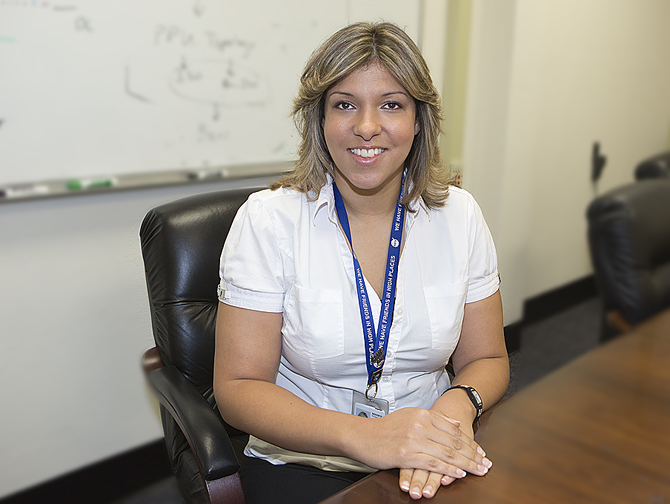 For some, the impact of their work at NASA can be tense. Jennifer Noble, a space systems engineer, was no exception as she tried to keep things from going awry on a space station 250 miles above Earth.

Noble worked as a space flight trainer and mission controller at NASA's Johnson Space Center (JSC). She taught astronauts how to work both the thermal and electrical systems on the International Space Station and then monitored those systems as a flight controller in the mission control room.

"It was a very rewarding job," Noble said. "You were able to see your work and hard labor into fruition as the astronauts went into orbit and performed their jobs well."

But that sense of reward also came with a great deal of responsibility. Day-to-day life in mission control is constantly full of prospective crisis management situations, never knowing if a problem will arise.

"Everyday life in mission control can be stressful, because things do fail," Noble said. "Any day where there is not a major failure is a good day."

After nearly seven years of training crews, and work in a control room, Noble made the personal choice to add a little more normalcy to her life.

She took a job with NASA Langley's Game Changing Program Office, moving from Houston, the fourth largest city in America, to Virginia's middle peninsula. Such a move might be a culture shock to some, but it was something Noble was used to.

Born to an American father and a German mother, Noble spent the majority of her youth growing up in Colorado. She also spent many summer vacations visiting family in Germany, giving her the opportunity to experience a different culture.

The opportunity not only presented itself in her travels, but also at home, where she learned to speak both German and Spanish fluently.

These early lessons sparked her passion for language and inspired Noble to study new dialects. She took four years of Russian while at NASA Johnson, to better communicate with the Russian cosmonauts who she was training in Houston.

Her study of the language proved not only interesting, but also necessary in order to easily communicate with her Russian counterparts in the space industry.

Noble has not only been able to work with different people from different nations, but also different localities. After graduating from the University of Colorado Boulder she took a job in California, and from there moved to Houston.

"Growing up in Colorado, there are two states that you don't like the most: California and Texas," Noble said jokingly. "But every time you get used to a new place."

And again, she is getting used to a new place and a new job. Although she is still working within the space industry, she now goes out into the field to investigate new technologies.

Her team then takes on new technologies, developing and passing them on in order to be sent into space. Currently, she is working on next generation solar electric propulsion vehicles, a technology used to ferry humans into deep space.

Noble relishes the opportunities that NASA Langley provides her, and she hopes to become a leader within the organization. What she really enjoys, however, is the chance to step foot outside training and mission control and gain a broader understanding of NASA's work.

Working at Langley has given Noble a new form of responsibility – one that deals with developing new technologies here on Earth.