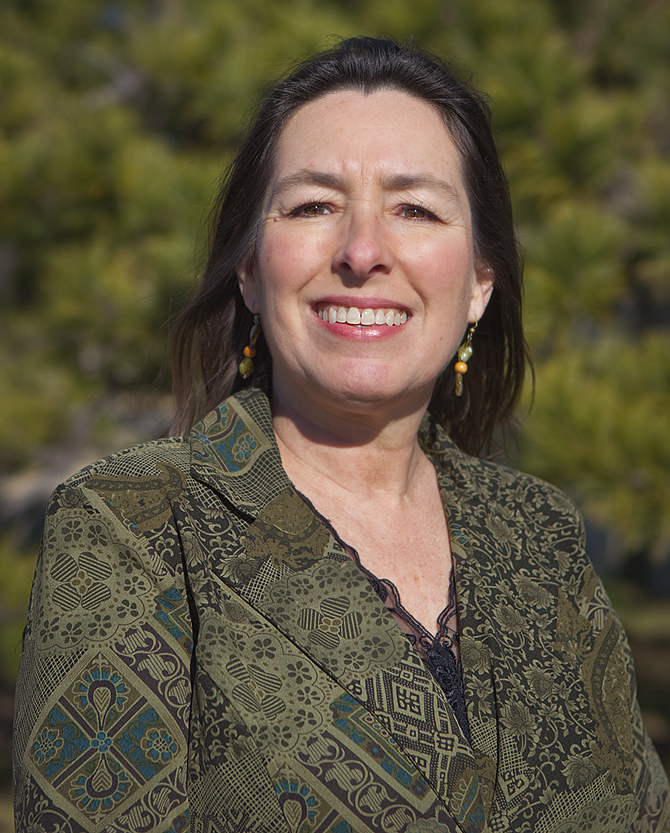 Image above: Amber Soja parlayed a passion for studying forestry in her youth to studying the impact that wildfires have on climate change. Credit: NASA/Sean Smith

Amber Soja gets fired up about science, literally.

Soja, a senior research scientist who works for the National Institute of Aerospace in collaboration with NASA Langley, loves studying forestry, specifically wildfires. But her passion was quashed for a time because of advice she received when she was younger.

"I wanted to work in the forest services," Soja said. "I was told to forget it because girls weren't allowed to work in forestry. There just weren't any, and I wouldn't get a job."

Instead, she earned a degree in electrical engineering technology, worked with computers for more than a decade and traveled to interesting places.

She always enjoyed school and toyed with returning. "In the '70s and '80s, the state of the environment became popular and you started hearing about global warming. I come from a family that has always had a strong love and respect for the outdoors," Soja said. "My first thought was to establish an interdisciplinary science background and then go into environmental law. So I went to University of Virginia and left with an undergraduate degree and a PhD in environmental sciences."

She added, "I've always loved sciences. They capture me."

Soja's interest in carbon led her to work in Siberia, where much terrestrial carbon is stored. She became interested in Siberia on a large scale and wanted to use satellite data.

"One way that carbon is exchanged is through fire," Soja said. "So that was the path. First it was ecology and atmospheric sciences -- wanting to know about climate change and carbon feedbacks to the climate system, northern Eurasia and the primary disturbance, which is fire."

Her passion for forestry had returned.

She is working on a project using Cloud-Aerosol Lidar and Infrared Pathfinder Satellite Observations (CALIPSO) data to look at fire plume injection height. She also is studying how fire feeds back into climate change in terms of altering clouds and patterns of precipitation, and she is quantifying the effect of fire emissions on climate at a regional and global scale.

"If they burn often enough or deep enough, the ecosystems will change from one stable state to another," Soja said.

Apart from traveling and working, Soja enjoys snow skiing. She also likes going to her cousin's beach house in North Carolina, where there are alligators and no cars.

"It's right at the border and has alligators," Soja said. "It's the northernmost extent of maritime tropical forest, and they have a golf course with fresh water ponds, which are where the alligators live. They have signs that say walk your dogs on a leash [because of the alligators]. No cars are allowed on the islands, only golf carts. It's really fun to go there."

She has a Siberian stray cat --- with a passport.

"When researching in Siberia, I fell in love with this little, wild, black kitten, and I brought him home with me," Soja said."

She fed him bread and cheese, twice, both times after midnight, and on the day she was leaving, the kitten came out upon hearing her voice. "It was destiny," she said, laughing.

Soja's colleague and friend helped her get the kitten through the Russian transport system. "The kitten needed a separate passport in every state," she said.

She also volunteers at a nursing home to play bingo with the residents once a month. She and her girlfriends are known there as the "Bingo Barbies." The name was part of their nickname for themselves, the "Bingo Bobbies." A newspaper interview added "Barbies."

"Our group started out being just friends that had fun together, and then we decided to do something more than just have fun," Soja said. "Sometimes I do things that I wouldn't have known that I would've felt comfortable doing. I look forward to it."

Doing things unexpectedly seems to be the theme of Soja's life. She is adventurous, open-minded and always strives for more, including a few things on her seemingly impossible bucket list: to have been on every continent, to have a family reunion on both sides of her family and to find the time to drive down California's Ventura Highway in the summer sun.

So her journey continues, and all the while, Soja plans to work, or in her eyes, continue to pursue her passion.

"The truth is I can't imagine retiring. Yes, I do love my work," she said.