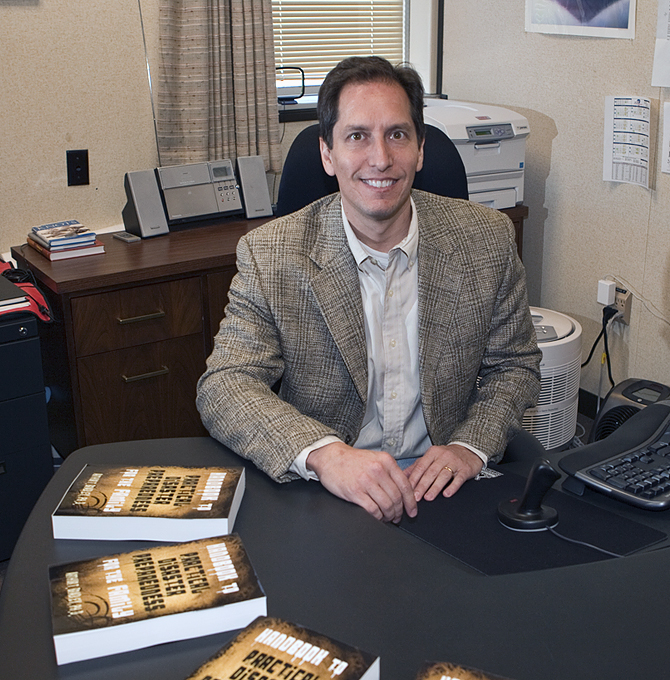 Just two weeks after moving to Yorktown with his wife and children, Arthur Bradley found himself packing up his family's van to escape inland. Hurricane Isabel was on a fast track to Virginia's coast.

The van wouldn't start. The family quickly unloaded it, piled everything into a small pick-up truck and hit the road. They made it out in time to avoid the possible dangers of heavy winds and flooding that accompanied Isabel.

"All it takes is a series of unfortunate events to really get yourself into trouble," Bradley said.

Growing up the son of a retired U.S. Marine, he learned a thing or two about survival from his father. Later reminders, such as the disaster of September 11, 2001, and the Indian Ocean tsunami of 2004, led Bradley to make further preparations for his own family.

He began by stocking food and supplies. He taught his children how to build a fire. He also taught them how to purify water and evacuate their home quickly and safely.

"I wanted my own family to be prepared," Bradley said. "No one wants to hear it, but the world maybe isn't as safe as we want to believe."

Bradley doesn’t live his life in fear. Rather, he lives with his family's survival in mind, much as his father did.

When Bradley began researching his latest book, "Handbook to Disaster Preparedness for the Family," he called upon his father for input. "My father is an expert in traditional survival," Bradley said. "He helped to review the book, and he wrote the foreword."

Bradley considers a "disaster" to be a calamitous event that causes a serious and sudden hardship. That could include natural or man-made events, such as hurricanes or radiological accidents, but it could also include more personal catastrophes, such as a divorce or family illness.

For about four years, Bradley took his own experiences and meshed them with massive amounts of research to gather content for the handbook. His hope is that families around the country will benefit from it, leading to fewer deaths and less suffering.

He also talks with local groups about disaster preparedness. "I try to hit the high points ... food, water, shelter, electricity," Bradley said. "My goal is to get people thinking about what might go wrong. And if I do that, then I've accomplished something."

A wildly separate portion of his life involves his job as an electrical engineer at NASA Langley. "I do interesting research, mentor students and work on projects that feel meaningful," Bradley said. “I also have very supportive management and excellent co-workers. There's no question that I'll stay here until I retire."

The road to his career seemed to unite all the pieces of his life. Straight out of high school, Bradley joined the U.S. Army Airborne. During his service, he realized that he had a knack for writing. Bradley continued to write after he left the Army, but it wasn't until he began traveling through Japan that he would decide to mix those experiences into his first novel, "Process of Elimination," which was published in 2005.

He and wife Lalia just welcomed their fourth child on August 29. All seven pounds and nine ounces of baby Dorothy Jean gave Bradley one more reason to always be prepared. And he's doing his best to help prepare others before disaster may strike.

If your group would be interested in a disaster preparedness talk from Bradley, please email him at arthur.t.bradley@nasa.gov