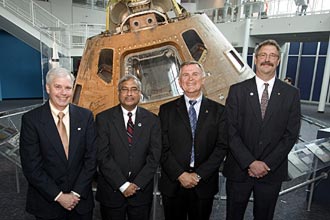 The NASA Technical Fellows Program was established to recognize technical excellence and provide agency-wide leadership of their respective disciplines as members of the NESC in support of the Office of the Chief Engineer.

NASA Chief Engineer Chris Scolese said that the new designation was motivated by the success of NESC. Scolese presented each technical fellow with a plaque and his congratulations. 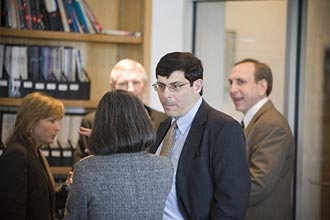 Consistent with NESC practice, the technical fellows will remain resident and actively engaged at their centers.

NESC Director Ralph Roe said that the idea of NASA technical fellows arose as part of the NESC practice of benchmarking against industry. Elevating distinguished technical employees is a well-established practice at some major corporations. 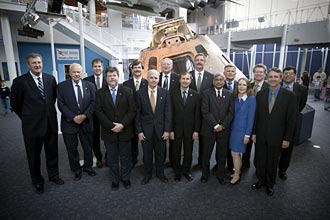 "NASA technical fellows will be role models for all of our engineers," said Roe.

Scolese added that NASA technical fellows would provide stewardship of their respective disciplines for the agency.

One example of that stewardship will be to foster consistency of agency-level standards and specifications, including those considered core standards. They will also promote discipline stewardship through workshops, conferences and discipline advancing activities.