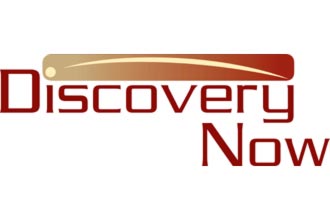 The National Institute of Aerospace (NIA), in partnership with the American Institute of Aeronautics and Astronautics (AIAA), has developed a national public radio program called Discovery Now to explore the newest advances from NASA and the aerospace community. The 90-second radio segments will air starting Jan. 22, 2007 on National Public Radio's WHRV 89.5 FM, during its prime time weekday news and public affairs program All Things Considered.

Accessible to everyone, Discovery Now will feature highlights in aeronautics and astronautics technology, science, history, innovations, research and inventions from the aerospace industry, worldwide.

Produced by Michael Bibbo and Kevin Krigsvold, NIA's award-winning team of producers, Discovery Now will feature 240 interstitials annually, along with a web component that allows the public to download the radio programs. Each segment will explain how scientific and technological developments are changing our world.

With the support of AIAA, the goal is to increase public awareness, understanding and appreciation of science and technology, including NASA's aerospace technology, research and exploration missions.

Robert Lindberg, NIA's President and Executive Director, said "We are grateful for the very generous financial support from AIAA which has enabled us to implement our vision, and for WHRV's support for the distribution of this new program. With encouragement and support of NASA and the aerospace community, our hope is that Discovery Now will bring the latest advances in aerospace down to earth for the listening public."

Discovery Now is written and produced by NIA and is funded by a grant from AIAA. Additional public radio stations, college and community stations, commercial stations, satellite radio, Public Radio International and Voice of America are targeted to carry the program.

For more information about the American Institute of Aeronautics and Astronautics, visit http://www.aiaa.org.

For more information about the National Institute of Aerospace, visit http://www.nianet.org.