Grow Text SizeShrink Text Size
More Than 40 Take the Buyout, Retire
Many long-serving NASA Langley employees took the buyout offered late last year, with the last group separating at the end of March. The total number retiring was 46, with all but one taking the buyout.

We were able to catch up with some of the March retirees on their final day and here is what they had to say. 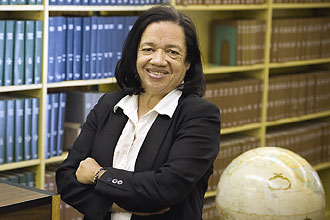 Image Above: Christine Darden, retired director of the Office of Strategic Communication and Education, stands in the Technicial Library where she spent many hours during her career at NASA Langley. Credit: Sean Smith/NASA


"It's been an outstanding career. I will miss the people on Center the most. I will also miss the aerospace aspect and just being on the cutting edge of things in the aeronautics world," said Darden. 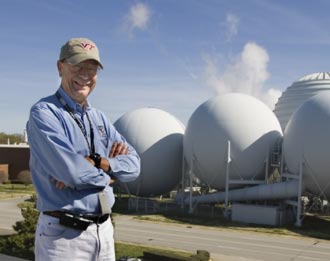 Image Above: Doug Dwoyer, Retired Associate Director in the Office of the Director stands in front of the vacuum spheres of the hypersonic wind tunnel complex. Credit: Sean Smith/NASA


"I very much enjoyed my nearly 30 years at Langley. The most exciting for me was participating in the development and maturation of computational fluid dynamics into the important engineering tool that it is today. The most difficult times were in 2004 through 2005 when we faced radical budget reductions and the prospect of massive layoffs. Fortunately Mike Griffin came on board and reversed all that. I will miss the great leadership team that I worked with as well as all the people of the Center," said Dwoyer. 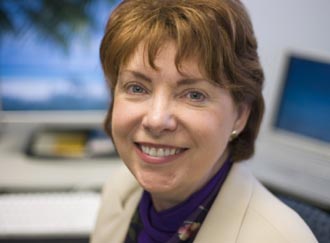 Image Above: Margarette Lynch, retired secretary of the Office of Strategic Communicaion and Education smiles happily on her last day at NASA Langley. Credit: Sean Smith/NASA

Lynch explained. "I began my career as a contractor with Northrop Corp. at Langley Research Center in 1968. I worked in a trailer near the water on the "east side." The location was really great, except during tidal flooding and high winds! After many years of trying to become a Civil Servant, a door was opened for me in 1986. NASA has provided me with career advancement, great job benefits, and the opportunity to work with many unique individuals. I will miss NASA and the many friends I have made along the way, and I thank everyone who has helped me over these many years. I plan to spend more time with my husband, my two children, and my six grandchildren (ages 1 to 11). My husband is retired as well, and we have travel plans. Most importantly, I am thankful for the chance to have more time to enjoy life!"