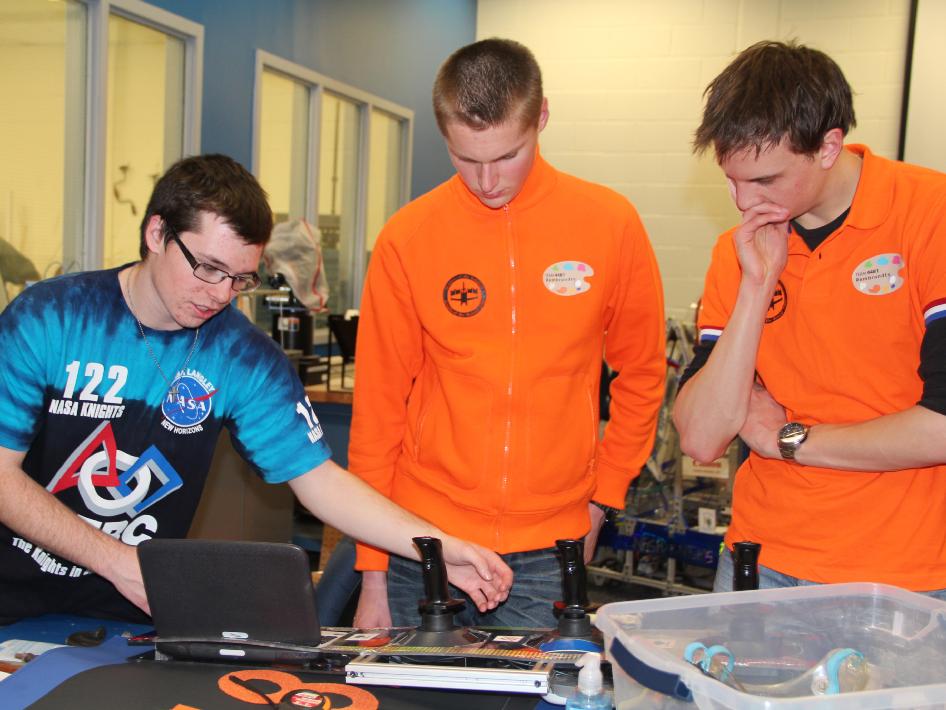 The NASA Knights participated in the regional For Inspiration and Recognition of Science and Technology (FIRST) Robotics Competition (FRC) in Raleigh, N.C., March 14-16. The event featured 55 teams from across the nation, along with a European team, the Rembrandts 4481, from Fontys University in the Netherlands.

The Rembrandts, many of whom had never been to the U.S., flew from the Netherlands to America to work with their mentors, the NASA Knights, to collaborate on ideas before the competition. It’s a "frenemies" kind of relationship — working together and competing against each other — but both teams left the competition with stronger friendships and reputable awards.

The NASA Knights won the Imagery Award, which recognizes teams who perform well on and off the field, a nod to their international partnership. Because of their reputation for helping others, they were placed in the center of the competing field, allowing more visibility. The Rembrandts 4481 won the Hard Hat Safety Pin and Rookie All Star awards, paving the way for a trip to the national competition in St. Louis, Mo., April 24-27.