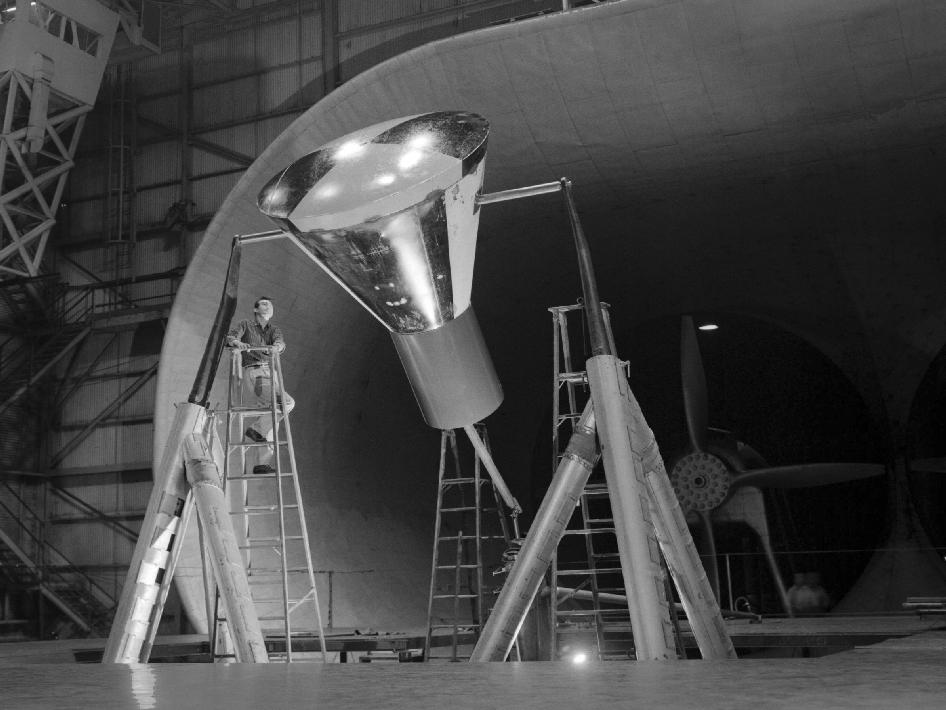 The Road to Apollo

A full-scale model of the Mercury capsule was tested in the Langley 30- by 60-Foot Full-Scale Wind Tunnel.

Managed at Langley Research Center, the objectives of the Mercury program were quite specific -- to orbit a crewed spacecraft around the Earth, to investigate the ability of humans to function in space and to recover both human and spacecraft safely.