Tending to the Future 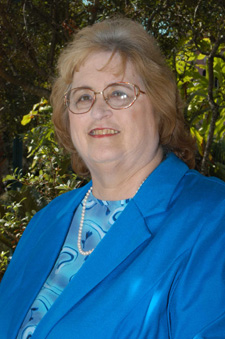 Since retiring from Kennedy Space Center engineer Judy Kersey has enjoyed spending time in the rose and vegetable garden at her Cape Canaveral home. Gardening is a hobby she's loved since childhood, but it's not her only lifelong passion that involves helping things grow.

Kersey also enjoys cultivating young girls for a future in engineering, which has led to her selection by Florida Gov. Jeb Bush for induction into the Florida Women's Hall of Fame March 15 in Tallahassee.

"It was a pleasant surprise that I was very honored and flattered to receive," Kersey said. "When I was selected to be inducted, I was visiting Atlanta and got a call that the announcement was in the newspaper."

Image at Right: Judy Kersey worked on both the Apollo and Space Shuttle programs. Credit: NASA

Kersey was the first female guidance systems engineer in the history of NASA during the Apollo program. She retired in 1995 as NASA deputy director for Electronic Engineering after many assignments, including division chief of the Space Shuttle test group at Vandenberg Air Force Base, and NASA associate director for Safety, Reliability and Quality Assurance.

In 1974, as a University of Florida student, Kersey initiated and chaired the first Florida State Symposium for Women in Engineering and Science. For 10 years, she chaired this two-day seminar that later evolved into the Florida Section of the Society of Women Engineers.

"A large amount of my time is now spent encouraging girls to go into engineering because of the importance of them having a choice in what they want to do," Kersey said. "Also, I do this because of the importance of needing more engineers in the future. Everyone at the Space Center should be encouraging their daughters, granddaughters and their neighbors that they can be anything they want to be and that engineering is a choice for them, too."

Being one of the first female engineers at the spaceport, Kersey felt she had to earn her respect. When working as a new engineer during the Apollo-Saturn days, she was working in the Central Instrumentation Facility and supporting a test for the Saturn.

"We were going through a launch simulation and I tried to tell the senior engineer who was sitting on the console in the firing room he was making a mistake," Kersey said. "Of course, he did not listen to me. The mistake manifested itself in a failure of the operation about an hour later. After that, they started to listen to me, even though I was a young female engineer."

After the Space Shuttle Challenger accident, Kersey was asked to head up the Systems Assurance Office, a new directorate charged with the responsibility of ensuring the same accident did not happen again. She considers this one of her most significant contributions to NASA.

Kersey encountered some obstacles when preparing for the Space Shuttle's next flight. These primarily included "finding the right people to do the job and gaining acceptance in the engineering community to have us second-guessing them," she said. "They did accept us."

Kersey's memories of those days continue to make her smile. "What I liked most about working at Kennedy Space Center was the challenge and excitement of being part of something so great."