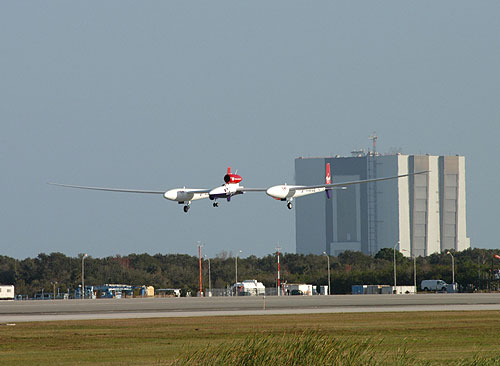 An exact takeoff date for the record-setting flight has not been determined and is contingent on weather and jet-stream conditions. The window for the attempt opens in mid-January, making the flight possible anytime between then and the end of February. NASA agreed to let Virgin Atlantic Airways use Kennedy's Shuttle Landing Facility as a takeoff site. The facility use is part of a pilot program to expand runway access for non-NASA activities.