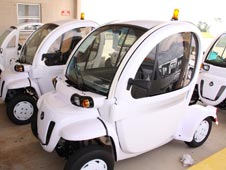 Kennedy has excelled in the decrease of petroleum consumption in its government fleet since Fiscal Year 2005 by 2 percent each year. This effort is in line with an executive order calling for reductions in greenhouse gas emissions. Sixty-one percent of the 1,406 vehicle fleet uses alternative fuel, such as bio-diesel, electricity, compressed natural gas and ethanol. Image credit: NASA › View larger image 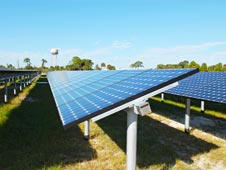 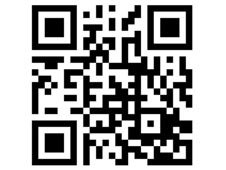 NASA's Kennedy Space Center continues to lead the way in its commitment to reuse, recycle and repurpose resources in order to reduce its footprint and conserve the environment, and recently went another step further by creating its first-ever sustainability plan. In line with the federal government's mandate and NASA's Strategic Sustainability Performance Plan, Kennedy recently released the plan which includes 12 goals or areas of concern and hundreds of ways to meet these goals. The plan could possibly serve as an example for other NASA centers, as well as the external community. "In support of the center's sustainability program, we commit to balancing environmental, social and economic concerns with the center's mission obligations as the nation's gateway to space,” said Kennedy Director Bob Cabana. The plan was created by more than 100 NASA and contractor workers, led by Kennedy's Center Operations Directorate and the newly formed Sustainability Steering Committee. Throughout 2011, teams were formed to develop short- and long-term goals as well as strategies and projects to achieve those goals. "It is exciting to witness how sustainability is being embraced by center leadership,” said Olga Dominguez, NASA's associate administrator for the Office of Strategic Infrastructure. "Kennedy Space Center has a great team working sustainability and is a leader for the agency.” The plan's goals are to: reduce greenhouse gas emissions; design and build sustainable buildings, facilities and infrastructure; conserve and manage water resources; minimize waste and prevent pollution; purchase sustainable products and services; manage electronic equipment and data centers responsibly; and integrate sustainability into local and regional planning. Also, the goals aim to: increase work force satisfaction, promote sustainable food services, conserve and improve the resiliency of our natural resources, effectively communicate the center's sustainability initiatives; and conduct pilot sustainability projects. "Getting people to talk about how the center can save our precious resources was the real benefit as the plan was taking shape,” said Denise Thaller, chief of Kennedy's Medical and Environmental Management Division in Center Operations. Frank Kline is Environmental Management Branch lead and worked with multiple teams to develop sustainability plans, with a concentration on the environment and infrastructure. Kline said one of the ideas related to waste management and recycling would be to use smart phones that can use Quick Response (QR) codes. These QR codes would be placed on waste/recycling containers. Employees would scan the codes with their phones to indicate when service is actually required. "The use of these codes would eliminate 'milk runs' where recycling vendors walk around and check each can once a week, and replaces it with a system that will make all Kennedy team members responsible for their sustainability,” Kline said. Benjamin Bryant is the chief technology officer for Kennedy's Information Technology and Communication Services. His main area of focus was electronic stewardship and data centers. "Our largest effort with the largest payback in terms of energy conservation is data center consolidation,” Bryant said. "Data centers are one of the largest consumers of energy in any organization, company or government agency. If we are successful in consolidating data centers down to one, then our energy savings would be significant. "It has become obvious that if we do not do something to reduce the consumption of our natural resources, then future generations will be without,” Bryant said. "I believe it is the responsibility of all of us, especially the government, to set an example, and who better to set the example at NASA than the center that sits in the middle of a national wildlife refuge.” Thaller said the communications group is developing an awareness campaign that will help get the word out about sustainability efforts and what we all can do to contribute. "The challenge will be to engage the work force and keep the momentum up over time,” Thaller said. "Kennedy is in a transition phase, and if we hope to remain the premier launch facility in the U.S., we all need to realize that sustainable economics, efficiency and service are our new mission,” Kline said. Linda Herridge
NASA's John F. Kennedy Space Center
› Back To Top