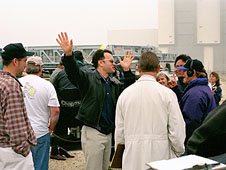 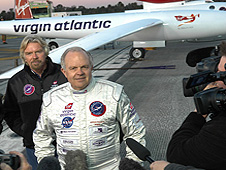 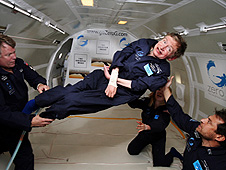 
Kings, queens, presidents, politicians, movie stars, musicians and tens-of-millions of everyday people from all over the world have flocked to NASA's Kennedy Space Center to experience America's space program.

President John F. Kennedy, for whom the center was later named, was the first American president to visit in 1962.

Through the years, royalty including Prince Philip of England, Queen Beatrix of the Netherlands and former Prime Minister of England Margaret Thatcher, just to name a few, toured the center.

Major television journalists and film crews from TV series such as "Modern Marvels," "Dirty Jobs," and the History and Discovery Channels are just a few that have come to Kennedy to cover space shuttle launches, landings and to film documentaries.

Mrs. Laura Bush, only the third first lady to attend a launch, watched the liftoff of space shuttle Discovery on its historic Return to Flight mission STS-114, in July 2004.

Establishing a new aviation non-stop flying record of more than 25,000 miles, Fossett endured 76 hours and 45 minutes in the cramped cabin sitting atop hundreds of gallons of fuel.

Hawking boarded a modified Boeing 727, managed by the Zero Gravity Corp. at the center's Shuttle Landing Facility. In flight, Hawking was able, with the support of his team, to float around the cabin for a few brief minutes, releasing him from the bonds of gravity.

NASA's Kennedy Space Center, through the last 50 years, has not only served as a launch platform to the universe, but has brought the universe closer to Earth for all to appreciate, study and enjoy.