Grow Text SizeShrink Text Size
'Apollo 18' Myths Debunked, NASA-style
"There's a reason we've never gone back to the moon," but contrary to the premise behind the recently released science-fiction horror movie "Apollo 18," the reason was monetary, not biological. In the Hollywood "mockumentary" version of events, the Department of Defense (DoD) revives the Apollo 18 mission and asks NASA astronauts Benjamin Anderson, Nathan Walker and John Grey to volunteer for this secret mission. The unsuspecting crew believes their mission is to deploy some classified military equipment. After landing on the moon, they find an abandoned Soviet lander, a dead cosmonaut and their primary assignment as "guinea pigs" is to verify why the cosmonaut never returned to Earth. 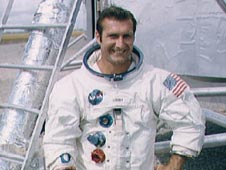 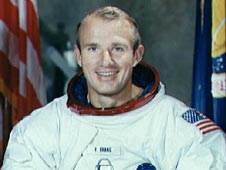 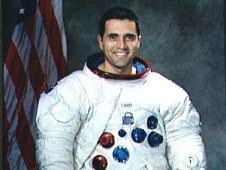 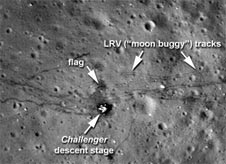 At the time Neil Armstrong and Buzz Aldrin made the first lunar landing on the Apollo 11 mission in July 1969, NASA's tentative Apollo missions included Apollo 12 to 20, the last mission concluding in December 1972. During this time, public interest in the moon program was waning with a shift in priorities to other matters: civil disorders, Vietnam, decaying cities, campus unrest and inflation. Politically, the cause for Apollo's decline was the detente in American-Soviet relations. In 1961, the United States was trailing the Soviet Union in the world's most widely publicized form of competition -- manned spaceflight. Eight years later, the United States clearly had demonstrated its superiority. Congressional budget restrictions preceded then-NASA Deputy Administrator George M. Low's announcement in January 1970 that Apollo 20 was canceled. NASA was forced to economize by re-assigning the Saturn V launch vehicle originally designated for Apollo 20 to the Skylab program, the first U.S. space station. The Apollo 18 and 19 missions would have to wait until a year after the Skylab missions. Ironically, the announcement was made in Houston during a press interview after the dedication of the Lunar Science Institute near NASA's Manned Spacecraft Center, now known as the Johnson Space Center. Another "horror" for space enthusiasts followed in September 1970 as NASA canceled Apollo missions 15 and 19 because of congressional cuts in Fiscal Year 1971 NASA appropriations. Then NASA Administrator Thomas Paine announced that the remaining missions would be designated Apollo 14 through 17. Technically, Apollo 18 was never canceled at all, only "renumbered" to be included in the modified schedule. No crews officially were assigned to the canceled missions. The normal crew rotation had the backup crew for a mission moving up to become the prime flight crew three missions later. Based on this strategy, the crew of Apollo 18 would have been the backup crew for Apollo 15 with Richard Gordon serving as commander; Harrison Schmitt, as lunar module pilot; and Vance Brand, as command module pilot. There never was a DoD-dedicated Apollo mission and no astronauts named Anderson, Walker or Grey were ever selected for NASA's astronaut corps, as the movie depicts, or failed to return from the moon. The unofficial backup crew of Apollo 16 would have flown on Apollo 19 with Fred Haise commanding, Gerald Carr piloting the lunar module and traveling to the moon's surface with Haise, and William Pogue piloting the command module. Following the same pattern, Charles Conrad would have served as commander of Apollo 20 with Jack Lousma piloting the lunar module and Paul Weitz staying in lunar orbit aboard the command module. Just days after the movie "Apollo 18"opened in theaters across America on Sept. 2, 2011, NASA announced that the Lunar Reconnaissance Orbiter, or LRO, had captured the sharpest images ever taken from space of the Apollo 12, 14 and 17 landing sites. The images show the twists and turns of the paths made when the astronauts explored the lunar surface. Remarkably, the tracks laid down by the lunar rover at the Apollo 17 site are clearly visible, along with the last foot trails left on the moon. "These images remind us of our fantastic Apollo history and beckon us to continue to move forward in exploration of our solar system," said Jim Green, director of the Planetary Science Division at NASA Headquarters in Washington, D.C. And for the record, LRO found no evidence of an Apollo 18 mission. Kay Grinter
NASA's John F. Kennedy Space Center
› Back To Top