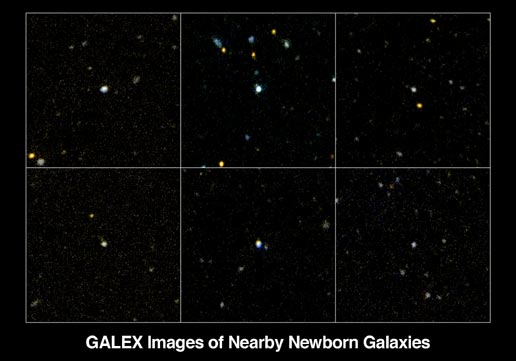 This image shows six of the three-dozen "ultraviolet luminous galaxies" spotted in our corner of the universe by NASA's Galaxy Evolution Explorer. These massive galaxies greatly resemble newborn galaxies that were common in the early universe. The discovery came as a surprise, because astronomers had thought that the universe's "birth-rate" had declined, and that massive galaxies were no longer forming.