Tiny Particles May Open New Ways to Study Calcification
A research team from NASA and Nanobac Pharmaceuticals has found that tiny nanoparticles may provide huge insights into the causes of certain health issues.

The team found that submicron particles readily form a mineral coating or structure much like bone. Some researchers think these particles may be a good model for studying bone-like calcification mechanisms that cause human health problems. 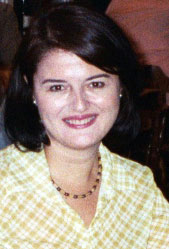 The team, made up of microbiologists, astrobiologists, geologists and physicians, did its research at NASA's Johnson Space Center in Houston and at the University of Kuopio in Finland. Results are reported in a paper in the Journal of Investigative Medicine. The findings are important for both medical and space science.

Recently discovered nanobacteria (NB), also called calcifying nanoparticles, behave as a microbe and show a correlation with calcification-related health problems such as arterial heart disease, Alzheimer's disease, kidney stone formation, gallstones and malignant tumors. They have unique properties including extremely small size—no larger than 300 nanometers across. A nanometer is a billionth of a meter.

“I first became interested in nanobacteria because I and others, particularly Robert Folk of the University of Texas at Austin, have seen similar forms in both Martian meteorites and in deposits from lakes and springs on Earth," said David McKay, NASA chief scientist for astrobiology at JSC and co-author of the paper. "Could these features be a previously undescribed life form which is present in both natural environmental settings and in the human body?"

Half-a-dozen papers published in the Journal resulted from a symposium that assembled, for the first time, experts from biology, medicine and geology to debate three possible causes of calcification: chemical crystallization, cell-mediated crystallization and potentially infectious calcifying nanoparticles.

One conclusion from the symposium attendees: Although infection is just one of three potential causes of calcification, based on new evidence, it deserves increased focus as a chronic disease trigger.

The scientific community has long debated whether these minute particles are alive and might trigger pathological calcification. A condition known as calcification occurs in most diseases on the leading cause of death list and in illnesses such as kidney, gallbladder and prostate stones.

Whether these particles are bacteria, viruses or other living or nonliving forms is immaterial, the authors conclude. Their properties of promoting ready crystallization and growth of calcium minerals are well established. 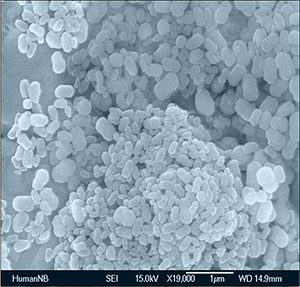 Calcifying nanoparticles may induce calcification and stone formation in vivo because they have been detected in human blood and are transported from blood into urine and bile as living organisms. They have been found to cause kidney stone formation in rats within one month when injected in an intra-renal route. Kidney stone formation is a significant risk during long-duration spaceflight that could have serious consequences since it cannot be treated as it would on Earth—and it is a serious health concern on Earth.

“In this paper we summarize scientific results obtained by us and our collaborators showing a direct connection between nanobacteria and disease-causing pathological calcification such as kidney stone formation and the clogging of arteries," said Neva Ciftcioglu, director of science at Nanobac Pharmaceuticals Inc., and lead author of the paper.

"Although some researchers believe that weightlessness does not affect biomineralization, it has been shown that long periods in a microgravity environment do cause loss of bone density and enhance kidney stone formation," said McKay. "Both of these are significant health concerns for astronauts on long-duration missions.

"From our previous studies on NB, we have been working to examine its role in kidney stone formation. Now we can also study it to find ways to examine and prevent bone loss. We also think it is important to pay more attention to these nano-features in our natural environment."