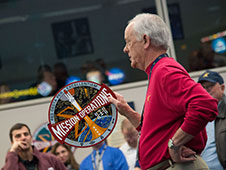 However, the longtime former space shuttle flight director and Mission Operations executive graciously agreed to test the waters on both fronts as he reflected on a rich 46-year NASA career that began with Apollo command module recovery operations. "When I started back in 1966, we were rocking and rolling," Heflin recalled. "We could not find enough people to do the work. We were always busy."

The Manned Spacecraft Center, later renamed after former president Lyndon B. Johnson, was racing with much of NASA to place U.S. astronauts on the moon before the tumultuous 1960s drew to an end. When Heflin retired on March 1, NASA was in transition, an organization moving away from the demanding pace of long running Space Shuttle Program operations. Johnson Space Center's focus had shifted to a ramping up of science activities aboard the International Space Station, supporting measured U.S. efforts to regain a human deep space exploration capability and nurturing new commercial crew and cargo services.

"I’m just flush with good feelings about my career," Heflin reminisced. "I’m so fortunate to have gotten here when I did." Regrets?

"If I could do it over again, I would like to have arrived a few years earlier," Heflin said. "It would have been a hoot to be part of the team that actually invented this business."

Today's NASA workforce must strive for patience as well as professional competence while the nation mends its economy, he counseled. An appetite for innovation, cooperation and an empathy for the challenges facing the business side of NASA are now an essential part of becoming a successful space agency engineer or scientist. 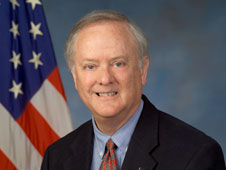 "You have to be very patient," Heflin said. "Employees who are willing to reach out and work with other organizations in a very open and cooperative way—that is what NASA needs today. You need to be very willing to think outside the box—especially when the budgets are really tight."

As associate director (technical), Heflin closely followed the technical, operational and safety integration of all the activities that JSC and its contractor community carry out for NASA, a vantage point that afforded a broad view of near-term programs, as well as long-range goals. Regularly, Heflin was assigned to greet JSC's newest employees on behalf of then JSC Director Mike Coats, a duty he considered a "perk."

Rest assured, NASA has a workforce capable of taking the nation anywhere it chooses to go in space, Heflin believes. "The young men and women who come into the business today, the ones who want to work here, really have the fire in their belly, the way I had fire in the belly back when I came to work in Apollo," Heflin said, who filled the associate director’s position for six years.

"I would look at the new engineers and say, 'As soon as you get settled in and feel comfortable, I want you to go find someone on the business side, the budget side or in Procurement to learn what they do and how they go about it." In the agency's early days, such perspective was the province of management.

"Physics is physics, but the business side is really tough," Heflin said. "And I tell people on the business side, 'As soon as you get comfortable, go get friendly with someone on the engineering, scientific or the operations side. Understand what they do.'" An Oklahoma native, Heflin joined NASA right out of college, a graduate of the University of Central Oklahoma, with majors in physics and math.

Heflin is convinced that Wayne Koons, a manager in the Landing and Recovery Division, hired him because of his skills at installing and repairing household appliances while a student.

"I was a person who got things done," Heflin recalled.

And there was much he was assigned to "get done," starting with a succession of assignments that eventually placed him aboard the prime U.S. Navy vessels as a recovery engineer for Apollo 8, 10, 16 and 17; Skylab 2, 3 and 4; as well as NASA's Apollo Soyuz Test Project—the final flight of the distinctive lunar mission command module. 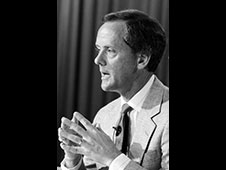 Among the seven was STS-61, an ambitious 11-day mission in late 1993 to overcome optical problems with the Hubble Space Telescope, which was launched three years earlier. The seven-member shuttle crew marched through a mission record five spacewalks in 11 days. Hubble emerged ready to study the distant reaches of the universe like no observatory before it, and NASA won public and political acclaim. The agency grew more confident in the spacewalk strategy it devised to assemble the space station.

"That was huge … probably the single thing that means the most to me in my career," Heflin said.

He would go on to serve in series of executive positions: chief of the Flight Director Office; deputy manager of the Extravehicular Activity Project Office; membership in the NASA Space Flight Safety Panel; and deputy director of Mission Operations prior to his associate director’s role.

In addition to his technical duties, that last official assignment brought Heflin’s career full circle with the opportunity to serve as a resource to JSC and Kennedy Space Center personnel developing the water recovery strategy for future Orion missions. "My role as a grey beard—someone who has been there and done that—was to talk about what we did in Apollo, how we did it, what you don’t have to do and point out the things we learned," Heflin said. "I intend to find a way to continue to do that, as they get into their testing. I’m making it known that I’m trying to find some way to be on board the vessel for the first Orion recovery. I would not only have been aboard the recovery vessel for the last Apollo splashdown … I would be aboard for the first Orion splashdown. That would be a hoot." Mark Carreau
› Back To Top