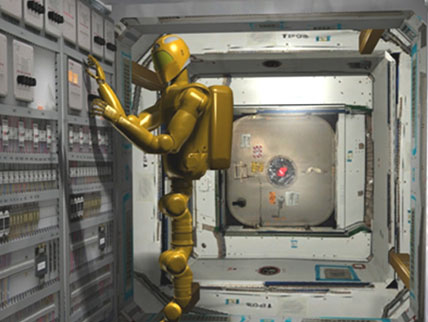 IGOAL Engineering Visualization broadcasts quality computer generated video with near-photo realistic rendering.  The level of detail includes shadows, particle systems, mirrors and other levels of detail  IGoal can also import CAD models, and can be driven by data from any simulation.

Customer-specific needs, such as operation details or variable-length visualizations of design can be produced with a quick turn-around time, averaging two months for 30 minutes of video.  The process includes model generation, customer change orders, animation and data integration, rendering, and final composition.  The IGOAL team interacts closely with customers to determine viewpoints, camera specifications, field of view and “What if” scenarios.  Multiple formats and resolutions are available, e.g., DVD, AVI, MPG, WMV, MOV, HD, still images and Blu-Ray.  The final product can include music, titles, callouts and data overlays and can easily be translated into shorter videos for presentation purposes.

IGOAL utilizes transformative and flagship technology to exhibit proof of concept as well as demonstrate operational scenarios.  With proven capabilities visualizing robotics precursor missions such as Concept M, research of heavy-lift and propulsion technologies and future launch capabilities, modernized KSC facilities and cross-cutting technology development aimed at improving NASA and other government and commercial space capabilities. International Space Station use of IGOAL has increased for visualization of operations such as R2 and solar array repair.  Accelerating the next wave of climate change research and observations spacecraft, IGOAL can not only visualize new spacecraft concepts but visualize the data returned by these spacecraft.  IGOAL software can be distributed to any of these entities for use in their visualization applications.

IGOAL Visualizations convey NASA’s missions to people of all ages in ways that words and charts do not. Software can be distributed to educational institutions free of charge, including training and support, to bring results of scientific data to the classroom.  A plug-in capability would allow computer graphics students to develop complex rendering algorithms without worrying about the basic building blocks.  Visualizations using data obtained on exploratory missions including climate data, planetary image data, carbon sources, etc. can be created to present results to people of all ages.