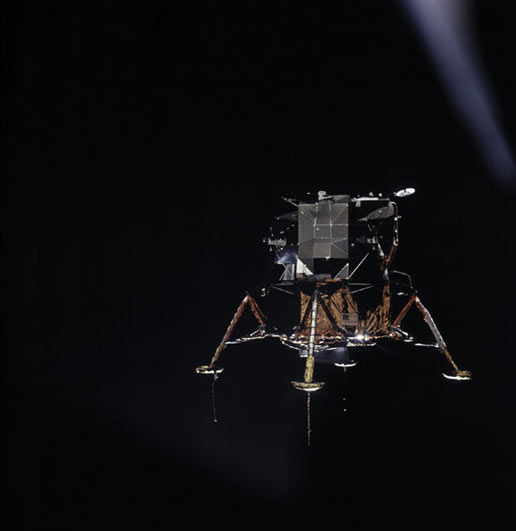 AS11-44-6585 --- The Apollo 11 Lunar Module, in lunar landing configuration, is photographed in lunar orbit from the Command and Service Module. Inside the LM were astronauts Neil Armstrong, commander, and Edwin Aldrin Jr., LM pilot. Astronaut Michael Collins, Command Module pilot, remained with the CSM in lunar orbit while Armstrong and Aldrin descended in the LM to explore the lunar surface.