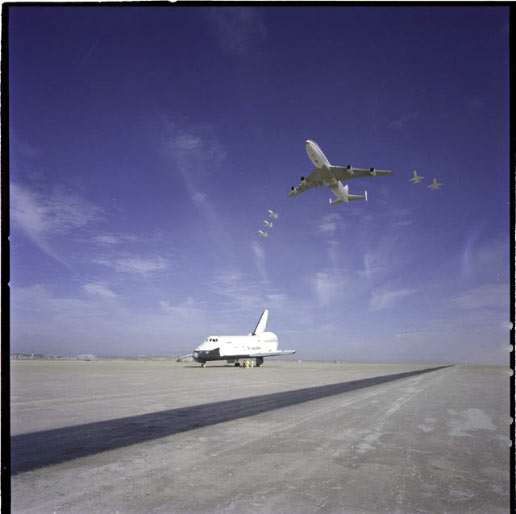 S77-28200 --- S77-28200: This impressive scene was photographed when the NASA 747 carrier aircraft and five T-38 aircraft flew over the Space Shuttle Orbiter 101 "Enterprise" while it was parked on the runway at Edwards Air Force Base in Southern California. The Orbiter 101 had just completed a five-minute, 31-second unpowered mission during the second free-flight of the Space Shuttle Approach and Landing Test series, on September 13, 1977, at the Dryden Flight Research Center.