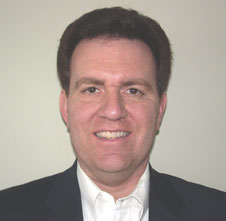 Photo of Lee Feinberg. Credit: NASA Lee Feinberg, of NASA’s Goddard Space Flight Center in Greenbelt, Md. was elected as a fellow of the Society of Photo-Optical Instrumentation Engineers. Feinberg is the Optical Telescope Element Manager for the James Webb Space Telescope (JWST) and is being recognized for his specific achievements in large space optics and optical technology. He will receive his award later this year in August at the SPIE Optics + Photonics meeting in San Diego.

“This is a tremendous honor to NASA and to Lee because of Lee’s wide range of technical achievements and leadership in some of the most challenging and important developments of our time. The JWST, the planned successor to the Hubble Space Telescope, will depend on a combination of new optical technologies. These include a segmented beryllium reflector to collect starlight, new methods to adjust the telescope after launch, and operation at extremely low temperatures. Lee is a master of all these technologies, and thousands of astronomers are depending on him for their future discoveries,” said Dr. John Mather, JWST’s Senior Project Scientist at Goddard Space Flight Center.

SPIE fellows are members of distinction who have made significant scientific and technical contributions in the multidisciplinary fields of optics, photonics, and imaging. They are honored for their technical achievement, for their service to the general optics community, and to SPIE in particular.

Feinberg has been the Optical Telescope Element Manager for the JWST for the past seven years and is also a Senior Staff Engineer in the Instrument Systems Technology Division.

On JWST, he has overseen the development of the three critical telescope technologies: lightweight mirrors, lightweight cryogenic structures, and wavefront sensing and control. He also co-chaired the Mirror Review Board that chose Beryllium as the material for the primary mirror, he has been a significant contributor to the telescope flight architecture and test architecture, and has been the NASA lead for the overall development of the telescope.

Feinberg has served as the Assistant Chief for Technology in the Instrument Systems Technology Division and worked on the optical correction and upgrade instruments for the Hubble Space Telescope.

Feinberg received an MS in Applied Physics from Johns Hopkins University and graduated with a BS in Optics from the University of Rochester. Lee is a frequent session chair of SPIE and IEEE Aerospace telescope and optics sessions. He is the recipient of the Moe Schneebaum Memorial Award, the highest engineering honor given to a single NASA Goddard engineer or scientist each year.

When he is not building telescopes, he is also a pianist, keyboardist, composer of jazz and rock music, and a member of the band Outta Scope that plays in the Washington, D.C. area. He lives in Silver Spring with his wife, Shari, and their two children, Evan and Amanda.

The James Webb Space Telescope is expected to launch in 2013. NASA's Goddard Space Flight Center is managing the overall development effort for the Webb Telescope. The telescope, being built by Northrop Grumman is a joint project of NASA and many U.S. partners, the European Space Agency and the Canadian Space Agency.