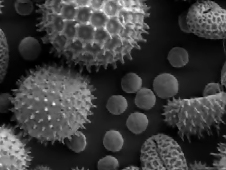 Much is still to be learned about how aerosols affect climate. This video gives a general overview of cloud-aerosol interactions and how the upcoming Glory mission will enable better understanding in the future. Credit: NASA's Goddard Space Flight Center
> View this streaming video WASHINGTON -- Using a novel theoretical approach, researchers from NASA and other institutions have identified the common thread that determines how aerosols from human activity, like the particles from burning of vegetation and forests, influence cloud cover and ultimately affect climate. The study improves researchers’ ability to predict whether aerosols will increase or decrease cloud cover.

“We connected the dots to draw a critical conclusion, and found evidence over the Amazon that traces the direct path of the effect of human activity on climate change by way of human-caused aerosols,” said study co-author Lorraine Remer, a physical scientist at NASA’s Goddard Space Flight Center in Greenbelt, Md. “During the dry season in the Amazon, the only aerosols of any magnitude are from smoke emerging from human-initiated fires.”

It is well documented from previous studies that aerosols play an essential role in how clouds develop. With this knowledge, a team comprised of Remer, Ilan Koren of the Weizmann Institute in Rehovot, Israel and J. Vanderlei Martins of the University of Maryland Baltimore County set out to explore one of the least understood but most significant aspects of climate change caused by human activity: the connection between a change in the amount of human-caused aerosols and change in the structure of clouds. Findings from their study will be published tomorrow in the journal Science. 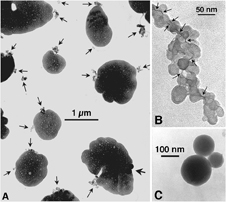 Small soot and sulfate aerosols are seen in these microscope slides. Trapped in the atmosphere, these tiny particles can have an important effect on climate. Credit: Mihály Pósfai, Arizona State University
> Larger image “Scientists have observed instances where increases or decreases in the amount of these tiny particles have increased and decreased cloud cover in different places and times,” said Remer. “We saw an example of this ourselves: increased aerosols over the Amazon produced less cloud cover. Over the Atlantic Ocean, however, increased aerosols actually produced more cloud cover. We wanted to know what the link was between these different outcomes from varying amounts and types of aerosols. This paper gives us a clear picture of what is occurring.”

The team developed an analytical model, or line of thinking that combined knowledge of cloud development, satellite observations and mathematical calculations of aerosol concentration and cloud properties in an effort to explain how the two opposing effects of aerosols on clouds can influence cloud coverage and life cycle.

“This result helps us understand aerosols’ effect on a cloud’s mass and lifetime -- how long it will provide cloud cover, how deep the clouds will be, and when and where it will rain,” said Remer. “This improved understanding leads to prediction and prediction can help us plan and perhaps prevent some of the potential consequences of putting aerosols from human activity into the atmosphere.” 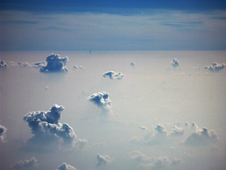 During the dry season, smoke covers wide swaths of the Amazon. Isolated towers of cumulus clouds poke through the dense layer of smoke in this photograph taken from an airplane in 2005. Credit: Ilan Koren, Weismann Instutute
> Larger image To test their model, Remer’s team used aerosol and cloud observations from NASA’s Terra satellite of the Amazon during the 2005 dry season The season offers stable weather conditions and an abundance of human-caused aerosols from fires, set to clear new land and burn through old pastures to prepare the land for the next crop season.

Aerosols are the tiny particles that make up smoke, dust, and ocean spray. Traveling on wind currents, aerosols move from their source and into the atmosphere, where they become individually encased by water and turn into the droplets that combine to create clouds.

Cloud microphysics makes clear that the larger the number of aerosol particles suspended in air the less water in the atmosphere is available for condensation on each individual particle. Under these conditions, a cloud will have a much larger number of small droplets. The smaller the droplets, the longer it will take for a cloud to rain. Aerosol-rich clouds like this spread out by winds, produce less rainfall, and last longer, creating more cloud cover.

However, aerosols also influence clouds through their ability to absorb heat from the sun. The trapped heat causes the atmospheric layer to warm up, and changes the environment in which the cloud develops. The overall result is to make the environment less hospitable for cloud growth. Even the smallest resulting changes in cloud cover can significantly warm or cool the atmosphere and change when and where fresh water will be available in the region.

“As we’d expected in applying our model, increased smoke from the fires created clouds rife with a more pronounced radiative effect -- rich with human-caused aerosols that absorbed sunlight, warmed the local atmosphere, and blocked evaporation. This led to reduced cloud cover over the Amazon,” said co-author Martins. “And it’s encouraging to know the science behind our model should stand no matter the region.”
› Back To Top