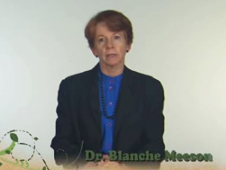 How is the global Earth system changing?

Goddard's Dr. Claire Parkinson discusses this question in the above video. Earth is currently in a period of warming. Over the last century, Earth's average temperature rose about 1.1 F (0.6C). In the last two decades, the rate of our world's warming accelerated. Scientists predict that the globe will continue to warm over the course of the 21st century. Is this warming trend a reason for concern? After all, our world has witnessed extreme warm periods before, such as during the time of the dinosaurs. Earth has also seen numerous ice ages on roughly 11,000-year cycles for at least the last million years. So, change is perhaps the only constant in Earth's 4.5-billion-year history.

What are the primary forces of the Earth system? 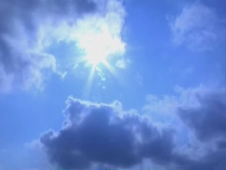 Goddard's Dr. Xiaowen Li discusses this question in the above video. The sun is the primary force in Earth's climate system. Sunlight warms our world. Sunlight drives atmospheric and oceanic circulation patterns. Sunlight powers the process of photosynthesis that plants need to grow. Sunlight causes convection which carries warmth and water vapor up into the sky where clouds form and bring rain. In short, the sun drives almost every aspect of our world's climate system and makes possible life as we know it.

How does the Earth system respond to natural and human-induced changes? 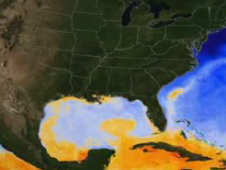 Climate scientists have been monitoring Earth's energy budget since the 1978 launch of NASA's Nimbus-7 satellite. That mission carried a new instrument into space called the Earth Radiation Budget Experiment (or ERBE), designed to measure all of the energy leaving through the top of Earth's atmosphere. All of the incoming sunlight minus all of the reflected sunlight and emitted heat is our world's energy budget. The second law of thermodynamics compels Earth's climate system to seek equilibrium so that, over the course of a year the amount of energy received equals the amount of energy lost to space. So typically the global energy budget is in balance.

What are the consequences of change in the Earth system for human civilization? 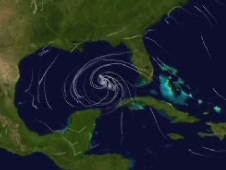 Earth's climate system has been remarkably stable over the last 20,000 years or so. Human civilization developed in that time span, and our world's average temperature warmed by about 5 degrees C to the temperature it is today. This fact points to one of climate scientists' main concerns about global warming: the temperature is rising faster than at any other time in the history of human civilization and such rapid climate change is likely to seriously stress some populations who cannot adapt quickly enough to the changes.

In this Web video, Goddard's Dr. Dave Adamec discusses how hurricanes can factor in.

How will the Earth system change in the future? 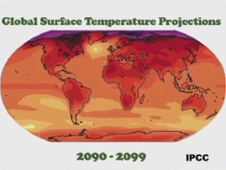 As the world consumes ever more fossil fuel energy, greenhouse gas concentrations will continue to rise and Earth's average temperature will rise with them. The Intergovernmental Panel on Climate Change (or IPCC) estimates that Earth's average surface temperature could rise between 2 degrees C and 6 degrees C by the end of the 21st century.

In this Web video, Goddard's Dr. Sushel Unninayar discusses what rising temperatures could mean for Earth.

> Read more from NASA's Science Mission Directorate
› Back To Top