Goddard Space Science Is the Place for Awards This Season
There's been a lot of activity in space lately- at least in the area of receiving awards in space science at NASA's Goddard Space Flight Center in Greenbelt, Md.

This winter, the American Astronomical Society (AAS) bestowed an award to Dr. Neil Gehrels and the Swift satellite team and Dr. John Mather was selected for the Robinson Prize in England. Summer student Amber Straughn won the Chambliss medal at the AAS meeting, Dr. Ann Hornschemeier (Cardiff), won the AAS Annie Jump Cannon Award, and Dr. Kimberly Weaver will receive an Alumni Recognition Award from the Eberly College of Arts and Sciences at West Virginia University. 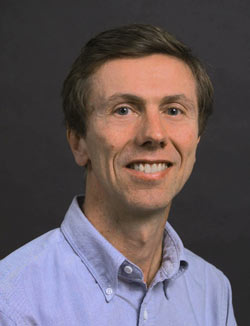 The team of scientists on the Swift satellite mission, led by Dr. Neil Gehrels, Goddard scientist and a resident of Berwyn Heights, Md., was awarded the Bruno Rossi Prize from the AAS for their discoveries. This is an annual award given by the High Energy Astrophysics Division of the AAS.

The Rossi Prize is in recognition of significant contributions as well as recent and original work in high-energy astrophysics. The prize is in honor of Professor Bruno Rossi, an authority on cosmic-ray physics and a pioneer in the field of X-ray astronomy. Bruno Rossi died in 1993.

The Swift satellite, launched November 20, 2004, was named for a bird, which catches its prey "on the fly." Swift's "prey" are gamma-ray bursts (GRBs), powerful cosmic explosions which astronomers think mark the birth black holes. Swift was designed to rapidly detect, locate, and observe them. So far, Swift has detected over 200 GRBs. GRBs were first observed in the 1960s, and remained mysterious until the mid 1990s.

"This is a great recognition of all the wonderful science coming from Swift and the years of hard work that the team has done to make it possible," said Neil Gehrels, the Principal Investigator for the Swift mission. "Swift is a remarkable machine which is still going strong. We expect even more great things from it over the coming years."

Among Swift's notable observations have been: The first detection of an afterglow of a short burst, thought to be caused by the collision of two ultra-dense neutron stars; The detection of the most distant GRB ever seen, some 13 billion light years from the Earth; The discovery of the nearby GRB that was coincident with a supernova explosion; X-ray observations of NASA's Deep Impact probe when it smashed into comet 9/P Tempel 1 in July 2005, helping solar system scientists determine how much debris was ejected by the impact; and a powerful flare from a nearby Magnetar, a tremendously magnetic neutron star, which was so bright it saturated Swift's detectors and actually physically impacted the Earth's magnetic field in December 2004.

Swift is managed by NASA Goddard and operated by Penn State University, using a ground station of the Italian Space Agency in Kenya. 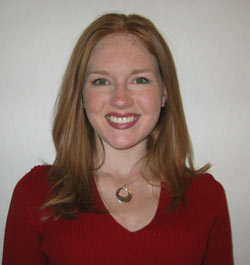 Amber Straughn was a summer student working at Goddard in 2006. During the recent AAS annual meeting in Seattle, Amber won the Chambliss medal for a poster at a meeting by a graduate student.

"I am honored to have received the Chambliss Award," Straughn said. "In addition to my research, I have a passion for outreach and education, and I hope that I am always able to effectively convey my science to others, which I believe is what this Award is about."

Straughn plans to complete her Ph.D. in May 2008, and take a postdoc position in observational cosmology. In the future, she would like to continue with her research in cosmology, with an emphasis on education and outreach. 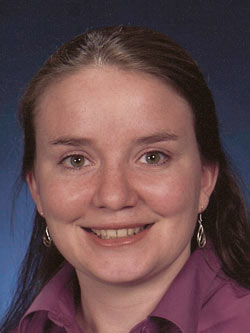 The Annie Jump Cannon Award is given to a North American female astronomer within five years of receiving her Ph.D. in the year designated for the award. It is given for outstanding research and promise for future research by a postdoctoral woman researcher.

Hornschemeier's award was for her research on X-ray emission from normal galaxies. This X-ray emission arises from several phenomena, including binary star systems that are composed of black holes, neutron stars and normal stars. X-ray emission from normal galaxies also includes contributions from hot gas that often fills a large fraction of the galaxies. She uses the Chandra and XMM-Newton spacecrafts in her research, as well as data from the Hubble Space Telescope, GALEX, Spitzer and ground-based facilities. The award citation reads: "She is a leader in her field as demonstrated by her energetic advocacy of X-ray astronomy and her important role in defining the scientific rationale for the Constellation-X mission.

She learned of the award from Dr. Craig Wheeler, current President of the AAS meeting in January. "That was a moment I am going to remember," she said. "I thought I was being summoned about chairing a talk session, and then found out that the President was looking for me." She's thrilled by the honor. She will be awarded prize and will be giving a prize lecture at the May 27-31, 2007 meeting of the American Astronomical Society in Honolulu, Hawaii. 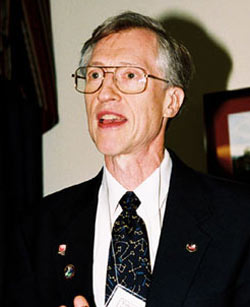 Nobel Prize winner and NASA Goddard Astrophysicist, John Mather was selected for the Robinson Prize given by the University of Newcastle in England.

The Robinson Prize in Cosmology, worth 10,000 pounds in British currency, is awarded in alternate years. The purpose of the prize is to allow Newcastle University to honor a scholar of distinction in cosmology. The recipient gives a public lecture and seminars to students. Mather's prize lecture is scheduled for the fall of 2008.

Mather said, "I am delighted that the work of the COBE team has been recognized by the Robinson Prize, and I look forward to future amazing discoveries about the Big Bang." Mather resides in Hyattsville, Md., and grew up near Sussex, N.J.

The Robinson Prize was instituted in 1990 through the generosity of Philip Robinson, who had a particular interest in cosmology and in making cosmology accessible to lay audiences. Robinson, the Tyneside, England-born bookseller, gained an international reputation during his lifetime as a bibliographical scholar. The main Newcastle University library was named in his honor in 1989. 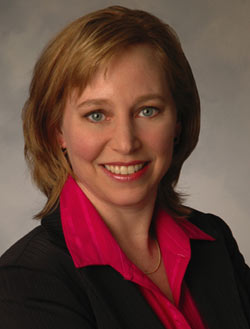 Dr. Kimberly Weaver will receive an Alumni Recognition Award from the Eberly College of Arts and Sciences at West Virginia University on February 3, 2007.

The Alumni Recognition award, established in 1998, acknowledges college alumni who have made important contributions to their field, who demonstrate the value of lifelong learning, and whose lives reflect the diversity of a liberal arts and sciences education. The college Dean, Mary Ellen Mazey, said of Dr. Weaver, "Your work in spreading the wonders of x-ray astronomy reflects a career that is predicated on life long learning. You have demonstrated - in so many ways, the value of an arts and sciences education to our society."

Weaver will accept the award on the campus in Morgantown, W.Va., her hometown, in Feb. and will be giving a keynote address. She currently resides in Silver Spring, Md.

Nicholas White, Director of the Astrophysics Science Division at NASA Goddard said, "This has been an outstanding year of recognition for ASD scientists and they are to be congratulated. These awards also testify to the quality of scientists we have at GSFC!"