NASA Goddard Scientist Treks to the Burning Man Festival
August 27 marked the beginning of this year's Burning Man festival, held in Nevada's Black Rock Desert, two hours from Reno and 12 miles from the nearest town. The week-long, annual event, started in 1986, celebrates self-expression and climaxes with a massive bonfire.

This year's festival featured a "Green Man" theme, which focused on the connections between nature and mankind. Central to festivities was the Green Man Pavilion, devoted to showcasing environmentally friendly artwork and technologies. Organizers plan to analyze closely any environmental impact from Burning Man. After the festival, they will look for ways to offset greenhouse gas emissions, perhaps by using clean energy sources or planting trees.

Dr. Betsy Pugel participated in Burning Man as a science liaison. She works as a physicist and electrical engineer at NASA's Goddard Space Flight Center in Greenbelt, Md.

While at Burning Man, Pugel talked about the great science that happens here at Goddard and about many of the technological innovations featured at the Green Man Pavilion. Pugel also ran a daily, hour-long science and technology radio show on Burning Man Information Radio (BMIR 94.5 FM, Nevada). Her interviews featured scientists Jeff Halverson, Paul Newman, Waleed Abdalati, Bob Bindschadler, and Gene Carl Feldman. The segments will appear below with brief introductions on their subjects as they become available.

Pugel was a first-time attendee to Burning Man and would like to thank her Earth Science interviewees and other NASA folks for providing amusing advice for her travels out to Nevada.

The views presented in these interviews represent the opinions of the subjects. They do not necessarily reflect the views of NASA. 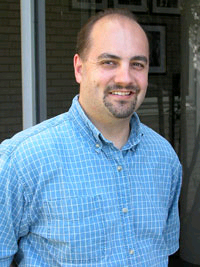 Not to be confused with the NASCAR driver of the same name, NASA's Jeff Halverson pushes the pedal to the mental metal as a severe weather meteorologist who researches the intensification of hurricanes.

He flies planes into hurricanes to study them as one of the "hurricane hunters" that you hear about on TV. He has also done research looking at the effect of African dust on the formation of hurricanes in the Atlantic.

When he is not hanging out with Larry King on CNN and serving as the associate director of the Joint Center for Earth Systems Technology (JCET) at the University of Maryland Baltimore County, he finds the time to talk to us and share his wisdom, all in the name of science education!

Paul Newman is an atmospheric scientist at NASA who focuses on ozone depletion and recovery. He is part of a team that does the annual assessment of the Antarctic ozone hole, and his recent research explains why the hole may not be recovering as fast as expected.

Perhaps you still think that scientists are serious squares. When you find the "Ten Pretty Good Rules" he posted on his Web site, you might reconsider. 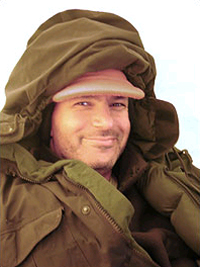 Waleed Abdalati conducts research on high-latitude glaciers and ice sheets using satellite and airborne instruments. He has led or participated in eight field expeditions to remote regions of the Greenland ice sheet and the ice caps in the Canadian Arctic.

As a graduate student, Waleed lived in a tiny tent in Greenland for months at a time. Now, as branch head in the Cryospheric Sciences Branch at Goddard, he still camps in tiny tents in the Arctic. That takes gumption.

Abdalati is an Arctic glaciologist with a research career in Greenland and Canada. His recent work looks at changes in the Greenland ice sheet and how they will contribute to sea level rise. 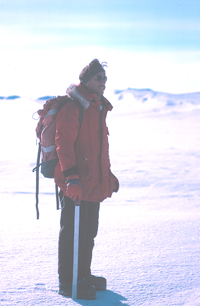 Bob Bindschadler is an Antarctic glaciologist and has done dozens of field research campaigns on the continent. He is also the lead NASA scientist involved with the International Polar Year (IPY). You'd think that with all the times he's been to Antarctica, his eyebrows would have frozen off, but nope, they're still there. He even sports a mustache, which goes to show that the Arctic blasts can't kill a keen fashion sense.

Dr. Bindschadler's warm personality brings life to the cold, desolate Antarctic landscape. When he's not hiding out in the soundbooth, he's the chief scientist of the Hydrospheric and Biospheric Sciences Laboratory at NASA's Goddard Space Flight Center. 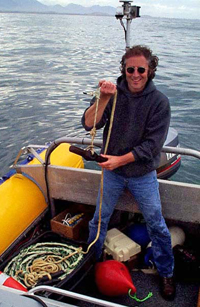 Gene Feldman is an oceanographer who works with ocean color data to determine the health and "pulse" of the planet. Dr. Feldman has a wicked sense of humor and would give a cup of coffee a boost with his zingy energy. And yes, he is the SeaWiFS Project Scientist.