NASA Satellites Can See How Climate Change Affects Forests
A NASA-funded study shows that satellites can track the growth and health of forests and detect the impact of a changing climate on them.

Although predicting how future climate change will affect forests remains uncertain, new tools, including satellite data, are giving scientists the information they need to better understand the various factors at play and how they may change forest composition and health. 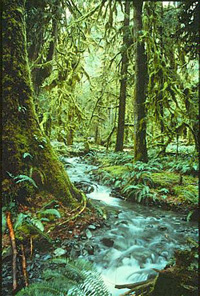 Scientists have found that satellite measurements of tree species and growth in forested regions across the United States were often equivalent to those taken directly on the ground. The study relied on a sophisticated data product from NASA's MODerate-resolution Imaging Spectroradiometer (MODIS) aboard the Terra and Aqua satellites called the "enhanced vegetation index," a measure of forest productivity that can also be used to gauge the total number of tree species in a region. The data was found to be highly successful in indicating the number of tree species when compared against data compiled, for the first time, in a country-wide survey of tree species by the U.S. Department of Agriculture Forest Service.

The MODIS data also shows that the overall productivity or growth of a forest in response to weather and seasonal conditions was closely linked to the number of different tree species it contains, allowing scientists to more readily infer the effects of climate change. “In anticipation of shifts in climate, accurate measurements of forest growth and composition are becoming more important,” said Richard Waring, professor emeritus of forest science at Oregon State University, Corvallis, Ore., and lead author of the study. "These new data help us better predict how forests may change so officials can implement environmental plans or regulations to lessen the impact in advance." 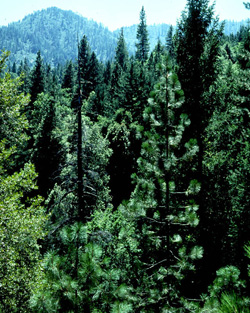 Woody Turner, Program Scientist at NASA Headquarters, Washington, said "this research confirms that MODIS can provide detailed, accurate information on forests over vast regions in a simple, straightforward manner, essential for forest managers in a period of changing climate."

"Such methods relied heavily on costly ground measurements and on mathematical computer models that require extensive soil and climate data, which is often imprecise," said Waring. "The data from MODIS used here may also be helpful in sorting out changes in forest health caused by land conversion or pollution rather than climate change."

The MODIS data was highly accurate in confirming the number of tree species in many regions across the United States, but it predicted more than the number currently present in the Pacific Northwest. This finding is not unexpected given the region's climate history. 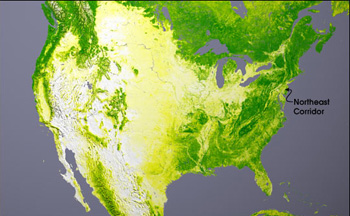 A look at the area's evolutionary past suggests that about two to three million years ago, during a period known at the late Pliocene, the region rather suddenly turned cooler and drier, leading to a major die-off of many species, many of which still have not recovered. "Overall, the Pacific Northwest now supports about 60 tree species, but if not for the abrupt climate shift millions of years ago, it is likely the region's current climate would support twice that number," Waring said.

Although forests appear to be adapting to changes in today's climate, prehistoric records indicate that climate change tends to destroy established vegetation patterns and causes new ones to be formed. "It is unclear how forests will respond in the future, when climate change is likely to accelerate," said Waring. 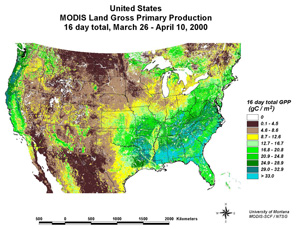 But researchers are fairly certain there will be both winners and losers among tree species. New patterns of tree growth will emerge, some species may die but others may simply migrate and thrive.

Such shifts in the forest landscape may in turn cause more climate changes. For instance, additional warming could result if tree species like evergreen conifers move into areas that were previously treeless or snow-covered since evergreens would reflect less of the sun's energy, causing temperatures near the surface to increase. 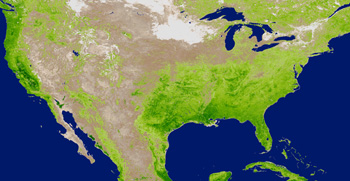 Under another possible scenario, climate change might allow a greater number of tree species to grow in some forests, providing a natural defense against insect and disease attacks. But some of the new species could be "invasive" and threaten the overall health of the forests. Unexpected fire, insect and disease outbreaks can also further disturb forests, making them more vulnerable to invasive species. NASA's research tools like MODIS are giving scientists the detailed information they need to better understand such possibilities, vital for improving predictions and preparedness.

The study appears in the July 2006 issue of the journal Remote Sensing of Environment.