New and Improved Antimatter Spaceship for Mars Missions
Most self-respecting starships in science fiction stories use antimatter as fuel for a good reason – it’s the most potent fuel known. While tons of chemical fuel are needed to propel a human mission to Mars, just tens of milligrams of antimatter will do (a milligram is about one-thousandth the weight of a piece of the original M&M candy). 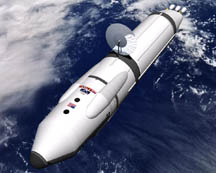 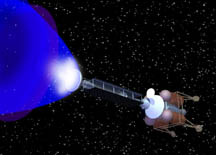