Methane's Impacts on Climate Change May Be Twice Previous Estimates
Scientists face difficult challenges in predicting and understanding how much our climate is changing. When it comes to gases that trap heat in our atmosphere, called greenhouse gases (GHGs), scientists typically look at how much of the gases exist in the atmosphere. 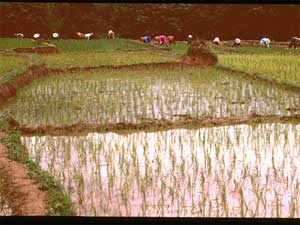 However, Drew Shindell, a climatologist at NASA's Goddard Institute for Space Studies, New York, NY, believes we need to look at the GHGs when they are emitted at Earth's surface, instead of looking at the GHGs themselves after they have been mixed into the atmosphere. "The gas molecules undergo chemical changes and once they do, looking at them after they've mixed and changed in the atmosphere doesn't give an accurate picture of their effect," Shindell said. "For example, the amount of methane in the atmosphere is affected by pollutants that change methane's chemistry, and it doesn't reflect the effects of methane on other greenhouse gases," said Shindell, "so it's not directly related to emissions, which are what we set policies for."

Chemically reactive GHGs include methane and ozone (carbon dioxide, the most important GHG, is largely unreactive). Once methane and the molecules that create ozone are released into the air by both natural and human-induced sources, these gases mix and react together, which transforms their compositions. When gases are altered, their contribution to the greenhouse warming effect also shifts. So, the true effect of a single GHG emission on climate becomes very hard to single out.

Some of the major investigations into the state of our warming planet come from a series of reports from the Intergovernmental Panel on Climate Change (IPCC) Assessment. These reports involved the work of hundreds of climate experts. The reports rely on measurements of greenhouse gases as they exist in the atmosphere, after they may have mixed with other gases. In other words, the findings in the report do not reflect the quantities that were actually emitted. 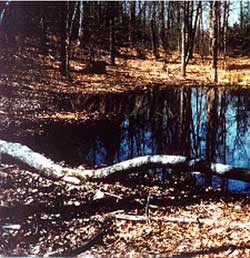 Shindell finds there are advantages to measuring emissions of greenhouse gases and isolating their impacts, as opposed to analyzing them after they have mixed in the atmosphere. His study on the subject was recently published in the journal Geophysical Research Letters. In the study, when the individual effects of each gas on global warming were added together, the total was within 10 percent of the impacts of all the gases mixed together. The small difference in the two amounts was a sign to Shindell that little error was introduced by separating the emissions from one another.

After isolating each greenhouse gas and calculating the impact of each emission on our climate with a computer model, Shindell and his colleagues found some striking differences in how much these gases contribute overall to climate change.

The leading greenhouse gases include carbon dioxide, methane, nitrous oxide, and halocarbons. These gases are called ‘well mixed’ greenhouse gases because of their long lifetimes of a decade or more, which allows them to disperse evenly around the atmosphere. They are emitted from both man-made and natural sources. Ozone in the lower atmosphere, called tropospheric ozone, a major component of polluted air or smog that is damaging to human and ecosystem health, also has greenhouse warming effects. In the upper atmosphere, ozone protects life on Earth from the sun’s harmful ultraviolet rays.

According to new calculations, the impacts of methane on climate warming may be double the standard amount attributed to the gas. The new interpretations reveal methane emissions may account for a third of the climate warming from well-mixed greenhouse gases between the 1750s and today. The IPCC report, which calculates methane’s affects once it exists in the atmosphere, states that methane increases in our atmosphere account for only about one sixth of the total effect of well-mixed greenhouse gases on warming. 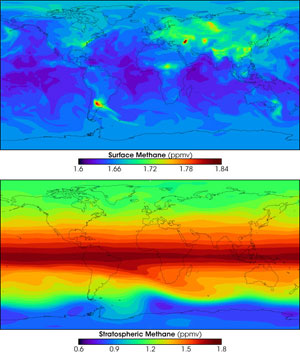 Image above: Methane in the World's Atmosphere: These maps show the distribution of methane at the surface (top) and in the stratosphere (lower), calculated by a NASA computer model. Concentrations are shown in parts per million by volume. Methane is created near the surface, and it is carried into the stratosphere by rising air in the tropics. Click on image to enlarge Credit: GMAO Chemical Forecasts and GEOS–CHEM NRT Simulations for ICARTT (top) and NASA GSFC Atmospheric Chemistry and Dynamics Branch (lower)

Part of the reason the new calculations give a larger effect is that they include the sizeable impact of methane emissions on tropospheric ozone since the industrial revolution. Tropospheric ozone is not directly emitted, but is instead formed chemically from methane, other hydrocarbons, carbon monoxide and nitrogen oxides. The IPCC report includes the effects of tropospheric ozone increases on climate, but it is not attributed to particular sources. By categorizing the climate effects according to emissions, Shindell and colleagues found the total effects of methane emissions are substantially larger. In other words, the true source of some of the warming that is normally attributed to tropospheric ozone is really due to methane that leads to increased abundance of tropospheric ozone. According to the study, the effects of other pollutants were relatively minor. Nitrogen oxide emissions can even lead to cooling by fostering chemical reactions that destroy methane. This is partly why estimates based on the amount of methane in the atmosphere give the gas a smaller contribution to climate change.

Molecule for molecule, Methane is 20 times more potent than carbon dioxide as a greenhouse gas, but CO2 is much more abundant than methane and the predicted growth rate is far greater. Since 1750, methane concentrations in the atmosphere have more than doubled, though the rate of increase has slowed during the 1980-90s, and researchers don’t understand why. Controlling methane could reap a big bang for the buck. Another bonus of this perspective is that in order to manage greenhouse gases, policy decisions must focus on cutting emissions, because that's where humans have some control.

"If we control methane, which the U.S. is already starting to do, then we are likely to mitigate global warming more than one would have thought, so that's a very positive outcome," Shindell said. "Control of methane emissions turns out to be a more powerful lever to control global warming than would be anticipated."