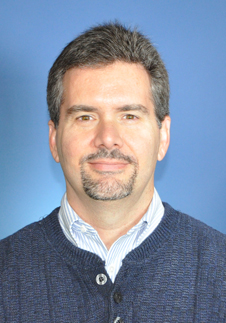 NASA engineer Tom Flatley received the William Randolph Lovelace II award at the 51st Robert H. Goddard Memorial Symposium held in Greenbelt, Md. The American Astronautical Society (AAS) award was presented to Flatley in recognition of his outstanding contributions to space science and technology through his work with SpaceCube.

As head of the Science Data Processing Branch at Goddard, Flatley and his team are constantly refining this complex technology. SpaceCube 2.0 will fly on the Department of Defense Space Test Program (STP)-H4 mission, a military-sponsored experiment pallet that will be deployed on the International Space Station in July 2013.This next-generation onboard processor can process data 10 to 100 times faster than current processors on spacecraft.

The AAS award was created to honor the lifetime achievements of Lovelace (1907-1965). In 1943, Lovelace was a flight surgeon and received the Distinguished Flying Cross for an experimental parachute descent from more than 40,000 feet. He was appointed chairman of the NASA Special Advisory Committee on Life Science in 1958 and played a key role in the selection of the astronauts chosen for the Mercury program missions. In 1964 he was appointed NASA's director of space medicine.

For more about SpaceCube and NASA Goddard's Office of the Chief Technologist, visit: