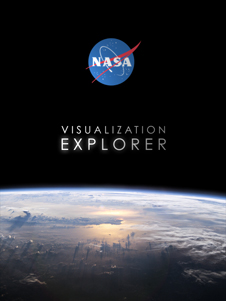 The splash page that greets users at login highlights both the emphasis on Earth and the unique space-based perspective provided by NASA. Credit: NASA/Scientific Visualization Studio
› Larger image NASA satellites beam data from space; now the Agency is beaming it straight to your iPad.

Cutting-edge visualization has long been a staple of NASA Earth science and in particular the Scientific Visualization Studio (SVS) at Goddard Space Flight Center. The iPad presented NASA a new and easily accessible way to put stunning and beautiful Earth science visualizations directly in people's hands.

The app's science features will include high-resolution movies and stills and short written stories to put all the pieces in context. Most of the movies are simply real satellite data, visualized. Other features will include interviews with scientists or imagery from supercomputer modeling efforts. The app includes social networking interfaces, including links to Facebook and Twitter, for easy sharing of stories.

The application is free to the public and available from the App Store via iTunes.

The app editorial team plans to develop two new science features per week. After publishing an initial batch of six features with the launch, new features will publish to the app on Tuesdays and Thursdays. In the future the app could include occasional stories about the Sun, the other planets in our Solar System, and exotic objects far out in the cosmos.

The Goddard team designed the application essentially as a mobile multimedia magazine. "Its one-of-a-kind content is geared to the general public, students, educators -- "anyone interested in the natural world," said Michael Starobin, a senior producer at Goddard Space Flight Center who spearheaded the app's editorial direction. "The app will explore stories of climate change, Earth's dynamic systems, plant life on land and in the oceans -- all of the small and large stories captured in data by NASA satellites and then visualized."

"Science should be accessible to everyone, and visualization reveals the meaning and value of the often intangible, but essential, data delivered by NASA's research efforts," Starobin said. "Data visualization makes information immediately visual and understandable when it otherwise might go unnoticed, and the app makes it easy to explore in an engaging, easy-to-consume, thoroughly modern style."

"The NASA visualization app is the latest step in a rich tradition of content production and application development," added Project Manager Helen-Nicole Kostis. "With its release, I'm inviting everyone on a journey of scientific knowledge and visual wonder." 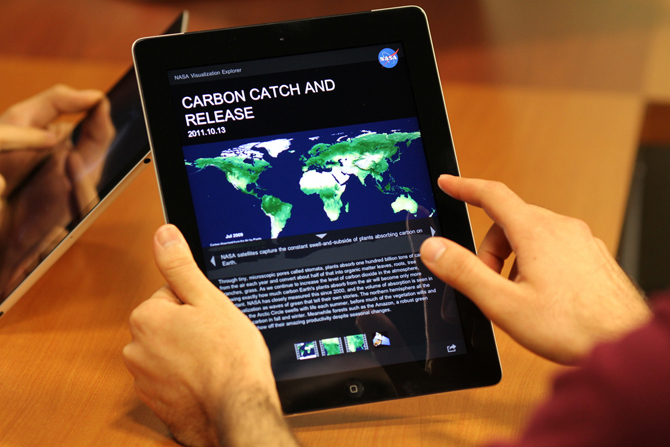 Work began on the NASA Visualization Explorer shortly after Apple released its electronic tablet in April 2010. "We just knew immediately that the iPad provided the perfect platform to showcase NASA science," said Christopher Smith, the principal designer of the application's user interface.

Administrators of Goddard's Inclusive Innovation Program agreed. The pilot program, which Goddard management rolled out last year to support ideas that would advance non-science and non-engineering functions and services, awarded seed funding to the team to develop the concept. "Our evaluation process was rigorous," said Goddard Chief Technologist Peter Hughes, who administered the program for the center. "This proposal stood out for its immediate utility and potential impact." 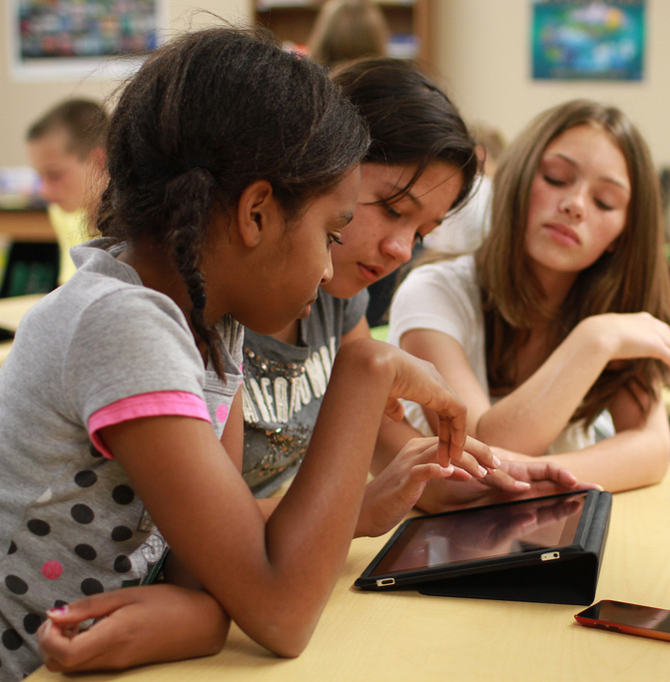 With the one-year funding in hand, the three principal creators assembled a multidisciplinary team of experts from the center's SVS, one of the nation's premiere data visualization labs, and the center's Television and Multimedia Department, which has earned a reputation as one of the federal government's best media-production departments. "Through our team's unique talents, I believe we've created an application that is worthy of the NASA badge," Starobin said.

"The heart of NASA data visualization beats at SVS," Kostis added. "This is where science, data, and storytelling come together."