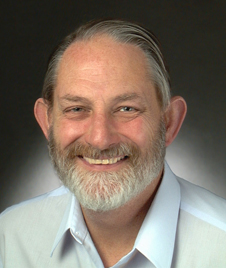 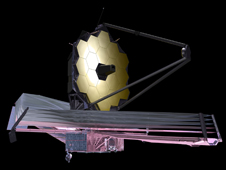 The award, the highest such award given by NASA, was presented at NASA's Goddard Space Flight Center in Greenbelt, Md. on June 16, 2010. Nobel laureate, Dr. John Mather, an American astronomer who was an early convert to Hawarden's concept, accepted it on his behalf.

On July 15, Dr. Hawarden's widow, Frances, was presented a medal at a ceremony held at the Science and Technology Facilities Council's U.K. Astronomy Technology Centre (UK ATC), formerly known as the Royal Observatory, Edinburgh (ROE), where Hawarden was based for many years.

"I can recall vividly Tim's excitement when he realized in the mid-1980s that passive cooling was the way to design infrared space telescopes," said Professor Malcolm Longair, who was the Director of the ROE and Astronomer Royal for Scotland. Longair witnessed Hawarden's dedication to his new ideas first hand throughout the 1980s. "This deep insight was before its time, but it is now the preferred method for the construction of large cooled space telescopes such as the James Webb Space Telescope."

Infrared telescopes in space, such as the Webb telescope, must be very cold so that heat from the mirrors themselves will not overwhelm the faint light from distant astronomical sources. Hawarden's breakthrough idea was to do away with the traditional method of cooling space telescopes using huge tanks of cryogenic coolants, such as liquid helium, and instead use a combination of sun shields and radiators to allow space telescopes to lose heat passively; the heat would simply radiate away into cold space.

The advantages of this are twofold. The lifetime of a telescope is not limited by the amount of coolant that can be launched, and the telescope, including the main mirror, can be much bigger since it does not have to be encased. A larger main mirror makes it easier for the telescope to see fine detail and very faint objects.

The idea initially met with significant resistance from the space science community but gradually, and after many false starts, it began to be accepted. It was finally embraced by NASA and European Space Agency (ESA) in the designs for space telescopes such as Spitzer (launched August 2003 with a modified design including radiative cooling), Herschel (launched May 2009) and the James Webb Space Telescope.

"Using the insights about, and the conceptual work on space observatories that Tim had done in the late 1980s, and early 1990s NASA, ESA and Canadian Space Agency (CSA) are developing the world's most powerful space telescope," said Eric Smith, a Webb telescope and Hubble program scientist at NASA Headquarters, Washington. "It's a pleasure to see the dreams of someone as beloved and respected by colleagues as Tim was coming into reality."

Professor Ian Robson, Director of the U.K. Astronomy Technology Centre at the ROE said, "This is an excellent example of a scientist, who originally was not working in this field at all, but who studied the problem and produced an innovative, left-field solution; brilliantly simple in principle and highly cost -- effective in practice. We are all bowled over with pride and at the same time sadness that he is no longer with us to receive the award in person," Robson added.

Tim's widow, Frances commented, "It's hard to express what I feel -- enormous pride in Tim's contribution to science, yes, but more than this. The NASA medal is a reminder of his continuing presence in all our minds. Perhaps it is best summed up in a line from the Carmina Burana, always one of Tim's favourite pieces of music: sum presentialiter absens in remota -- 'I am with you even when I am far away.' For me personally that is the highest accolade of all."

The Webb telescope is a partnership between NASA, ESA and CSA.