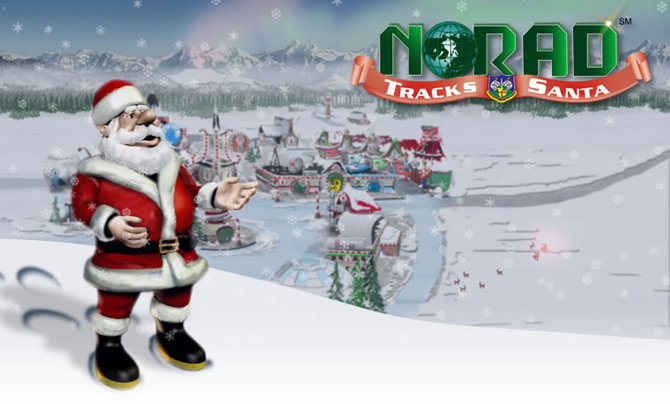 
According to the U.S. Department of Commerce Census Bureau, the world's population is approximately 7 billion (6,979,978,073+) people. Santa Claus has had to adapt over the years to having less and less time to deliver gifts to more people. To better assure prompt deliveries and safe flights, higher technology systems are increasingly being used by the United States Northern Command at Peterson Air Force Base, Colo., to support the North American Aerospace Defense Command (NORAD).

Global Positioning System (GPS) satellite information and carefully timed gravity assists from the sun, moon, and/or Earth are used to speed Santa's sleigh faster and more precisely than ever before. 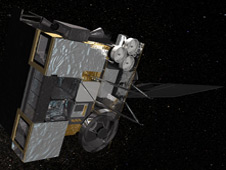 › Larger image
Artist's concept of GOES-15 in orbit being used to help track Santa. Image Credit: NASA/Honeywell Tech Solutions, C. Meaney Multi-variable numerical modeling improvements in the solar wind, auroras, geomagnetic force fields, and space/Earth weather predictions are also being credited for important improved sleigh routing efficiencies. Rudolph (the red-nosed lead reindeer) provides a great infrared (warm) signature for the satellite instruments to focus on. The satellite data indicates where fog is and Rudolph can take over the reins from Santa as they use microwave data to know where the rain, snow, and ice are for those precise landing adjustments.

NOAA, NASA, and the USAF have satellites expertly positioned and additional volunteers are supporting the improved Santa tracking beginning after sundown on Christmas Eve December 24. Near "real time" public updates of progress should be available from the web site www.noradsanta.org/ NORAD Santa and thanks to worldwide corporate and international support updates will be provided in eight languages.

NASA is in the process of checking out the new NPOESS Preparatory Project (NPP) satellite, launched in October. NPP will provide even more precise and more timely updates of weather information in the years ahead so Santa and his reindeer team can safely deliver more and more presents in all weather conditions in one night!