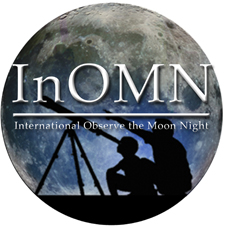 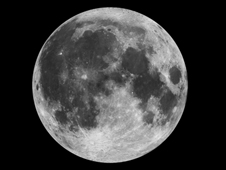 Composite image of the moon. Credit: NASA
› Larger image On September 18, 2010 the world will join the NASA Goddard Space Flight Center's Visitor Center in Greenbelt, Md., as well as other NASA Centers to celebrate the first annual International Observe the Moon Night (InOMN).

"InOMN provides the opportunity for the general public, our partners, and amateur astronomers to learn about lunar science and to view the Moon - many for the first time - through telescopes!" said Brooke Hsu, the Education and Public Outreach lead for the Lunar Reconnaissance Orbiter (LRO) and principle investigator for InOMN.

What started as a celebration of LRO's successful journey to orbit around the Moon last August has grown to into an astronomical event this year. After LRO's launch, Goddard's Education and Outreach Team hosted the event, "We're at the Moon!" The same day, the event "National Observe the Moon Night," was hosted at NASA's Ames Research Center (ARC) in Moffett Field, Calif. by the Lunar Crater Observation and Sensing Satellite and NASA Lunar Science Institute (NLSI) teams. NLSI is based at NASA Ames. This year, the teams have decided to expand the event by partnering with other NASA institutions, organizations and communities around the world.

"The goal of both of these events was similar: engage the local public and amateur astronomer communities in an event to raise awareness of NASA's involvement in lunar research and exploration. The events were so successful we've decided to do it again. Only better and much, much bigger," said Doris Daou, the director of communications and outreach for NLSI.

The event, which is free to the public, will be from 6:30 p.m.-10:00 p.m. EDT and include guest speakers and astronomers discussing lunar science, hands-on activities using binoculars and amateur astronomy telescopes and a public unveiling of new LRO images. There will even be a number of tours to the Laser Ranging facility at the Goddard Geophysical and Astronomical Observatory and presentations on the always fascinating Science on a Sphere globe at the Visitor's Center.

"I think it's important to have an event like this at Goddard for two reasons. One, Goddard is leading the LRO mission to the moon, and it's important for the public to be exposed to the amazing results of that mission. Secondly, I really like the idea of exposing the public to a diverse range of topics covered at a NASA center," said Dr. Noah Petro, a research scientist at the Goddard Planetary Geodynamics Branch.

Petro will be giving a presentation on recent lunar discoveries and discussing images of the lunar surface at the "New Light" activity station.

Partnering with Astronomers Without Borders, Hsu and her team were able to advertise to amateur astronomers across the United States, who then shared their links to international astronomers. In all, there will be 278 InOMN events globally. China, Germany, Egypt and at least 39 other countries will participate in the festivities. Among the NASA Centers, Marshall Space Flight Center in Huntsville, Ala., will also take part.

Daou hopes that the huge effort will engage the public in science and hopefully incite and encourage their interest in what science generally and lunar science specifically is achieving these days.

"The Moon has been the first stop in humanity's effort to know more and explore our Universe. It has provided us with so much knowledge, but there is so much more to know about it," she added.

For a schedule of the events at the GODDARD Visitor Center visit:
www.nasa.gov/centers/goddard/visitor/events/observe-the-moon.html