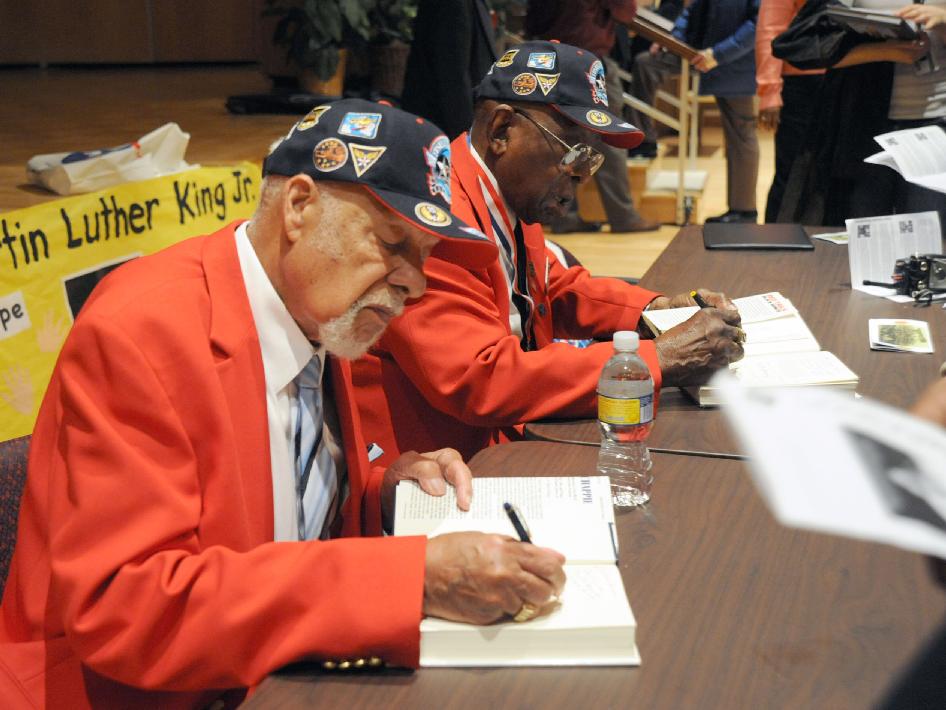 Lewie, Byron and fellow airman James Pryde spoke to a crowded auditorium of Goddard employees on Tuesday, Jan. 19, about their experiences in World War II as some of the nation's first black military airmen.

In addition to keynote speeches from Byron, Lewie and Pryde, the event featured the Eleanor Roosevelt High School Color Guard, musical selections from the Goddard Child Development Center's kindergarten class, and a performance by the Taratibu Steppers.