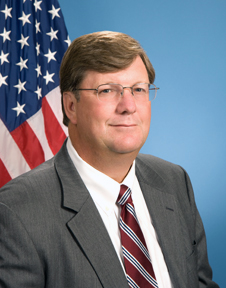 During his tenure as head of the Space Department at APL, Strain oversaw the launch of a number of important scientific satellites including New Horizons, Messenger and STEREO. While at APL, he was also responsible for the national security business area which made many significant contributions to the Department of Defense and other U.S. agencies.

He has more than 25 years of experience in the aerospace business, including executive positions at Orbital Sciences, where he led the company's Satellite and Electronic Sensors Divisions; and Fairchild Space and Defense Company, for which he served as chief financial officer and various other operational roles.

Strain was born in Flint, Mich., and grew up in Flushing, Mich. He attended college at Western Michigan University and received his bachelor’s degree in business administration.
› Back To Top