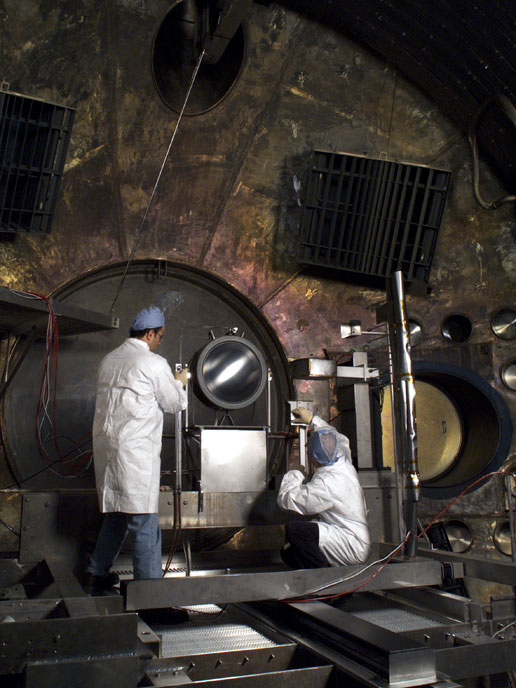 NASA Glenn researchers prepare for an ion engine wear test of the NASA Evolutionary Xenon Thruster (NEXT). This advanced system will use electrically charged xenon gas atoms (ions) and electrical power to drive future spacecraft. NEXT is a new alternative to chemical propulsion and could revolutionize the way we send science missions deeper into the solar system. The test was conducted in Glenn's Electric Propulsion Laboratory, which supports research and development of spacecraft power and electric propulsion systems.