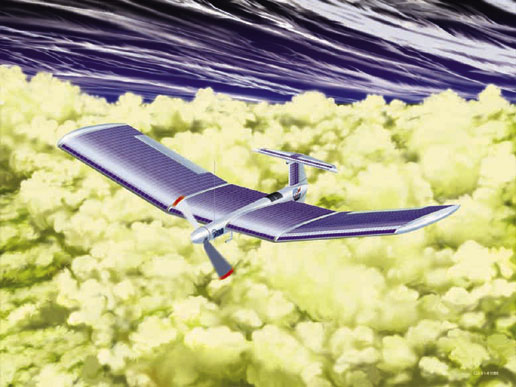 Now that humans have mastered atmospheric flight above the Earth, researchers at Glenn have set their sights on flight above our neighboring planets. Venus provides several advantages for flying a solar-powered aircraft. At the top of the cloud level, the solar intensity is comparable to or greater than solar intensities above Earth. The atmospheric pressure would make flight much easier than on planets such as Mars. In addition, Venus' slow rotation would allow an airplane to fly in continuous sunlight, eliminating the need for energy storage for nighttime flight. These factors make Venus a prime choice for a long-duration solar-powered aircraft for scientific research. Exploratory planetary mapping and atmospheric sampling over Venus may lead to a greater understanding of the greenhouse effect not only on Venus but on Earth as well.