Throughout his 30 years at NASA, Stofan held numerous managerial and administrative positions. His technical expertise was bolstered by a healthy dose of "charisma and confidence" that gained him the admiration of the rank and file within the agency and contracting organizations. 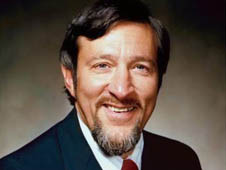 Former Center Director Andrew Stofan in 1998. Credit: NASA Stofan began his career as a research engineer at Lewis Research Center in 1958 and later joined the Propellant Systems Section of the original Centaur Project Office, where he began a steady climb through the tiers of management to become Director of Launch Vehicles in 1974. Much of the Titan-Centaur vehicle's success can be attributed to Stofan's leadership of NASA, the Air Force and aerospace industry teams. By 1978, Stofan was called to Headquarters to serve first as the Deputy Associate Administrator for the Office of Space Science, and then as Associate Administrator.

Stofan returned to Cleveland in 1982 as Lewis' fifth Center Director charged with the task of implementing Lewis' first strategic plan. The center had never had major roles in Manned Space Flight projects, but Stofan saw these big programs as an opportunity to make Lewis more visible within NASA. Stofan aimed for five major projects for the Center: the power system for the space station, the Advanced Turboprop Program, renovations of the Altitude Wind Tunnel (AWT) for expanded icing research, the Advanced Communications Technology Satellite Program and the Shuttle/Centaur Program. Amazingly, he secured funding for all but the AWT renovations. Most of the programs in the first strategic plan are still thriving. 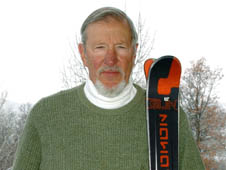 Present day at his home on the slopes of Steamboat Springs, Colo. In addition to implementing the center's strategic plan, Stofan instituted a new management style. He advocated participative management over the autocratic management style of the 1970s. His outstanding work managing advanced research and technology programs for NASA earned him the 1985 Presidential Rank Award for Distinguished Executives.

Following the Challenger tragedy in January 1986, NASA asked Stofan to return to Headquarters as the Associate Administrator for the Space Station Office where he led the negotiations of the international technical agreements and the U.S. contract to build the space station until his retirement on April 1, 1988. He continued to work in the aerospace industry for the next 10 years.

Stofan and his wife, Barbara have settled into a new lifestyle and home 7200 feet up into the mountains of Steamboat Springs, Colo., where he can daily enjoy one of his favorite past times—downhill skiing. He also enjoys golfing and building furniture. The couple travel extensively, including a recent trip to Maui to celebrate their 75th birthdays; to Ohio three times a year to Hiram College for Board Meetings where he has served as a trustee for the past 25 years; and to Virginia and New York to visit their daughters and five grandchildren. His daughter, Dr. Ellen Stofan, is a planetary geologist known for her work on Venus and Titan. His other daughter, Lynn, is an attorney.