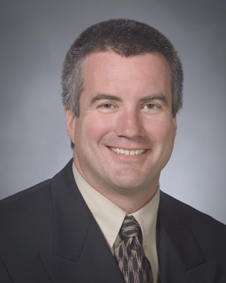 John A. Hamley is Acting Deputy Director of the Space Flight Systems Directorate at the National Aeronautics and Space Administration's (NASA) Glenn Research Center in Cleveland, Ohio. In this position, he will focus on new business development and project execution. Additionally, he will continue to support the Space Flight Systems Directorate Office in center-level planning, organizing and directing of activities required to develop flight and ground systems in support of NASA's exploration and science objectives.

Hamley joined NASA in 1985 developing digital data acquisition and control systems for spaceflight experiments. He has held positions of increasing responsibility including leading development of flight power and control avionics for electric propulsion and space plasma devices. He has held branch chief positions in space test engineering and flight projects offices and was Chief of the Science Division. Prior to taking on duties in the Directorate Office, he was Chief of the Constellation Office and center point of contact for the agency's Constellation Program.

In 2006, Hamley was awarded NASA's Exceptional Service Medal for his outstanding service and accomplishments across several organizations at the center.